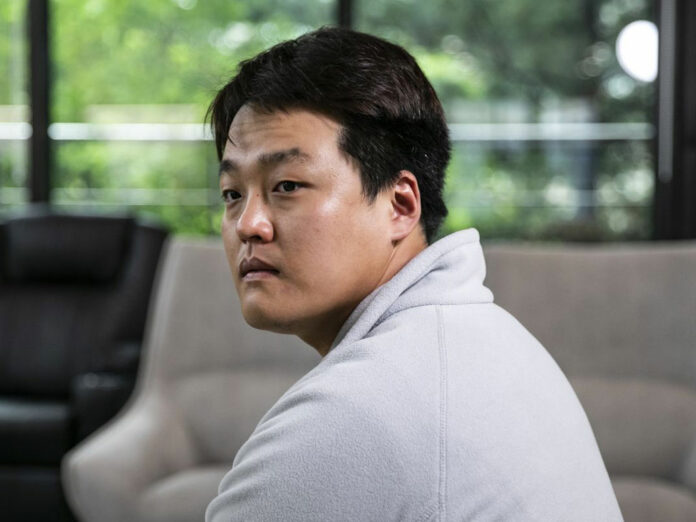 Despite the rapidly intensifying drama surrounding Kwon, the famously outspoken blockchain entrepreneur surfaced on Twitter Monday to say that he was “making zero effort to hide” from authorities.

South Korean prosecutors are reportedly making efforts to freeze $67 million worth of Bitcoin linked to Terra’s wanted figurehead, Do Kwon.

The Seoul Southern District Prosecutors’ Office has asked KuCoin and OKX to freeze 3,313 Bitcoin that allegedly originated from Terra’s Luna Foundation Guard. The prosecutors have claimed that LFG moved the funds to the exchanges on September 15, a day after a Seoul court issued a warrant for Kwon’s arrest. Crypto researcher CryptoQuant claimed that the funds came from LFG, per a CoinDesk Korea report published Tuesday. Kwon managed LFG’s fund and made multiple multi-million dollar Bitcoin purchases prior to Terra’s $40 billion collapse in May.

While the Seoul Southern District Prosecutors’ Office had not responded to Crypto Briefing’s request for comment at press time, Bloomberg reported that an official confirmed the news earlier today. “CryptoQuant specified new Bitcoin addresses owned by LFG based on transaction patterns, adjacent flows and material non-public information,” CryptoQuant told Bloomberg. Notably, neither OKX nor KuCoin is registered in Korea. CoinDesk Korea reported that KuCoin agreed to the prosecutor’s request, but OKX stayed silent.

It’s the latest development in what’s become one of crypto’s wildest sagas as the manhunt for Kwon continues. The prosecutors confirmed that Interpol had added Kwon to its red notice list early Monday, effectively making the Terraform Labs co-founder a wanted fugitive in 195 countries. Nevertheless, Kwon surfaced on Twitter the same day to assure his followers that he was “making zero effort to hide.” He also pointed out that his name did not appear on Interpol’s website in a possible hint that he did not believe the red notice had been issued.

If the prosecutor’s and CryptoQuant’s findings prove to be correct, the Bitcoin transfers are likely to raise yet more suspicions over how Kwon oversaw Terra in the lead-up to and fallout from its implosion. Kwon has made no secret of his brash persona over the past year, but he and Terraform Labs have been less upfront when it comes to discussing finances.

LFG, a fund launched in January to stabilize UST’s peg to the dollar, accumulated $3.5 billion worth of Bitcoin in the lead-up to Terra’s blow-up. Following the incident, it said that it had spent over $1 billion worth of Bitcoin in a last-ditch effort to save UST. However, some questioned the claim at the time, and it still hasn’t provided any proof of how the funds were spent four months later (given the public nature of blockchain technology, LFG could have provided a paper trail of every transaction). LFG’s public Bitcoin wallet currently holds 313 Bitcoin worth just over $6 million, having transacted about 71,000 coins ahead of the meltdown.

The prosecutors are seeking to arrest Kwon on allegations of violating capital markets law, and they’ve also been investigating him for a slew of other charges such as tax fraud and running a Ponzi scheme. While it’s unclear what the 3,313 Bitcoin was to be used for, onlookers have speculated since May that Kwon hid some of LFG’s reserves for his own personal escape fund. If Kwon is found to have siphoned funds from LFG, it’s likely to strengthen the prosecutors’ case in the courtroom.

While the prosecutors have maintained throughout this month that Kwon is hiding from the authorities, the 31-year-old’s online activity paints a different picture. Kwon has only appeared on his favorite medium of communication, Twitter, in short bursts since May, but he’s always conveyed a sense of calm to his followers.

When addressing the news of the Interpol red notice Monday, Kwon engaged with multiple Crypto Twitter personalities, saying that he was “writing code” in his living room and “[goes] on walks and malls.” He went as far as inviting one trader to visit him and joked about his current financial situation. “I’m a bit short these days,” he wrote.

Kwon’s latest devil-may-care tweets may seem off-key given that he’s facing the prospect of extradition and multiple criminal charges, but his tone has rarely been one of solemnity. On May 8, when Kwon had reached the height of his infamy and cracks were starting to appear in UST and LUNA’s flawed design, Kwon took a similarly assertive stance to calm the Terra community’s nerves as UST fell below its dollar peg. “Anon, you could listen to CT influensooors about UST depegging for the 69th time… Or you could remember they’re all now poor, and go for a run instead… Wyd,” he wrote. UST lost its peg to the dollar again hours later and LUNA had plummeted to virtually zero within a few days. Put another way, just because Kwon is telling his followers that he has nothing to worry about, that doesn’t mean there’s not another disaster coming his way sometime soon.