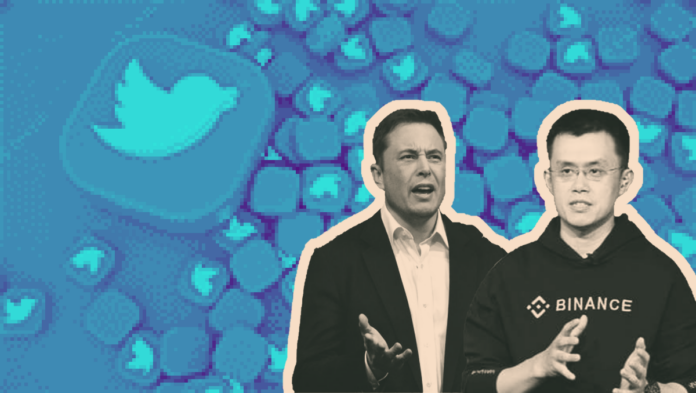 On September 6, Tesla founder Elon Musk criticized Twitter for having too many bots “invading” his posts. This is not the first time Musk has “slandered” Twitter, but this time is more special with the presence of Changpeng Zhao (CZ).

The Tesla boss emphasized that “up to 90% of the comments under his post are bots”. Musk posted a screenshot with a series of fake accounts of CZ, the founder of Binance. On the same day, the official account of Binance also posted an article that directly tagged Twitter’s name.

“Please Twitter, I’ve seen enough of my boss. Is there a way I don’t have to see 99 CZ every day anymore?” Binance wrote.

Accounts bearing the name CZ appear on every Binance post. From the way the name and avatar are displayed, they imitate CZ almost 100%. This easily confuses users with the real CZ and affects his reputation.

Not long after, “the owner” CZ agreed that 90% of the comments on Musk’s account were fake accounts.

Previously, Musk and Twitter were involved in a lawsuit when Musk withdrew the acquisition of the social network for $ 44 billion. When news of Twitter’s acquisition broke out, CZ expressed support and pledged to support 500 million USD.

Major crypto investment firms such as Sequoia and Andreessen Horowitz (a16z) also participated. The two companies have invested $800 million and $400 million, respectively. Before announcing “cancellation”, Musk mentioned many big plans for the future of Twitter.

According to a leaked discussion, Musk intends to make the platform open-source so that users “can evaluate, identify bugs, and improve the platform.” In addition, the billionaire also wants to add a post editing feature and the option to pay with Dogecoin.

Since the first terms were set in April, Musk and Twitter have been stuck in an unending legal battle. The Tesla CEO claimed that Twitter lied about the number of spam accounts on the platform. He stated that the deal will not progress unless Twitter discloses the information.

On July 12, Bret Taylor, Twitter’s President, announced that he would sue Musk to hold him “responsible for the terms of the contract.” On the other hand, Musk countered that he “was tricked by Twitter into signing an agreement.” $44 billion merger.

During the trial, the Tesla founder argued that the huge amount of bots on the social network and the data containing a lot of false information had reduced the original value of Twitter. Therefore, he did not agree to buy the company at such a high price.

By August, Musk said he would reconsider the deal with Twitter if the company could verify the exact number of bots and real accounts.