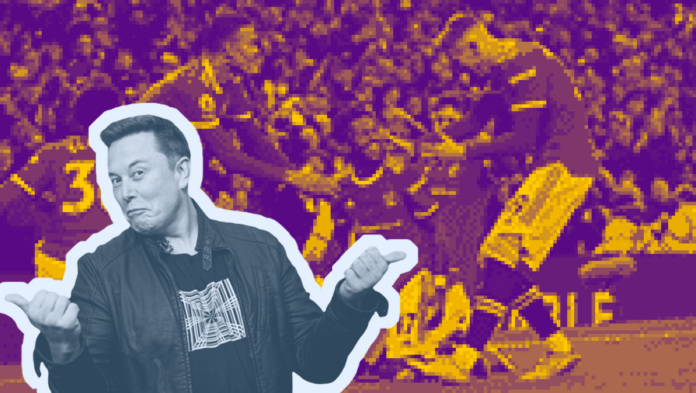 On August 17, with just one tweet related to the purchase of Manchester United, Elon Musk caused the worthless coin with the same name to increase by more than 3,000%. Other properties linked to Manchester United also surged.

Manchester United Fan Token (MUFC) is a fake token. The MUFC token is not related to the sports franchise and it is almost worthless. On August 17, just one tweet from Elon Musk was enough to make it “revived” strongly.

It is known that MUFC is not the official token of Manchester United. Launched in August 2021, a group of programmers (who are said to be die-hard Manchester United fans) have made false claims that holding MUFC will bring influence to decision of the football club.

In November 2021, the team of developers conducted an “airdrop” of 10 billion MUFC tokens. The project promises to distribute 10,000 MUFC tokens to users who follow their official social media. This pushed the price of MUFC up to the level of 1 USD.

However, this is considered just a scam. Finally, the MUFC price dropped 100% after the airdrop period. MUFC was considered “dead” until a tweet from billionaire businessman Elon Musk “appeared”.

Notably, in the past 24 hours, MUFC was only traded with 2 assets, WBNB and USDT, and had absolutely no liquidity. According to data from PancakeSwap, the liquidity for the WBNB/MUFC pair is only 106.84 USD and the USDT/MUFC pair is around 10 USD.

As a result, a small number of speculators may have used MUFC’s illiquidity to pump the token price. The number of traders buying MUFC has not yet been determined. However, MUFC is down 50% from its previous peak. It is highly likely that MUFC’s exchange rate will return to 0.

On August 17, the Tesla CEO tweeted that he would buy Manchester United football club – which he later admitted was a “joke”.

“No, this is just a joke on Twitter. I won’t buy any sports teams.” Musk replied when asked if he was serious about buying MU.

However, this tweet sent financial assets related to Manchester United skyrocketing. In particular, the club’s MANU stock has increased by 1.97% and has an increased market value of $138.85 million.