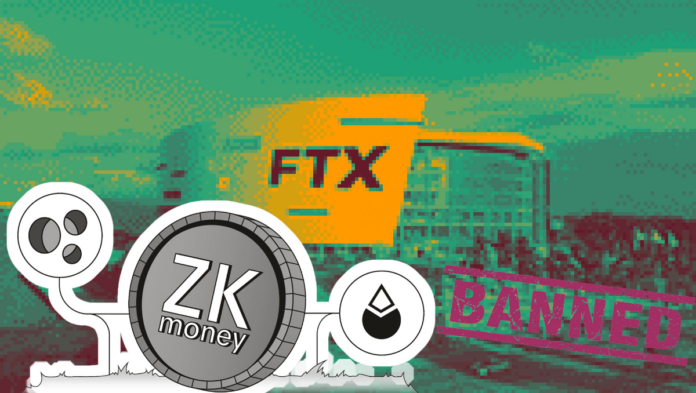 At dawn on August 20, FTX was reported to have blocked accounts that had deposited money through zk.money – the layer 2 chain powered by the Aztec Network on Ethereum. Specifically, FTX has identified zk.money as a “mixer” – a service that the exchange considers a “high-risk activity” should be banned.

News of transactions being blocked on FTX started appearing on Twitter as users reflected that their funds had “disappeared” after being deposited into FTX exchange wallets. account of one of the users sending funds to an Aztec wallet address FTX identifies Aztec as a “money mixing” service and the exchange recommends that customers avoid using this service.

Prior to the incident, Aztec said it had made changes to prevent money laundering. Includes slowing down of deposit and withdrawal speeds to make it easier to identify risky addresses. At the same time, the project also said that it has been in contact with FTX and is committed to “pursuing conversations with global regulators, CEX exchanges and users.

At the same time, Aztec has emphasized that it has no intention of sacrificing user privacy to prevent illegal use in its service.

“User security is a key privacy benefit. If our service is used to harm users, we have failed in our mission.”

As of 7 a.m. on August 20, FTX has not yet issued an official statement on the above action. However, Sam Bankman-Fried – CEO of FTX retweeted the post about the account freezing and said it was “mutilated”.

“We continuously monitor transactions for AML compliance and enhance due diligence on certain transactions. But that doesn’t mean any accounts are frozen.”

This action by FTX comes after the US government’s controversial ban on the “money mixer” Tornado Cash, on August 9, the US Treasury Department placed Tornado Cash on the sanctions list.