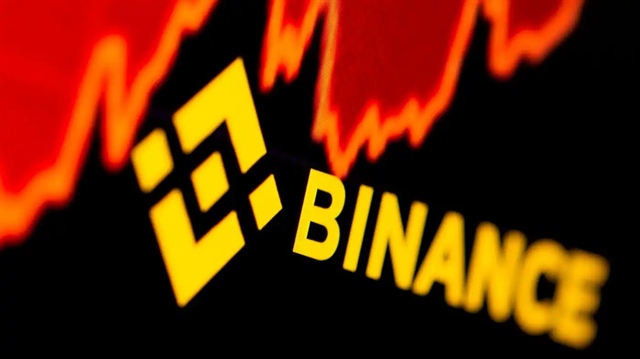 In the midst of a downturn in the crypto market, rumors emerged that the world’s leading major exchange – Binance lost 90% of its users after implementing KYC resulting in billions of revenue loss.

In an interview with CoinDesk August 1, three of the Binance Senior Directors discussed the challenges facing the world’s leading crypto exchange.

Notably, they mentioned that Binance made the controversial decision in July 2021 to reduce the maximum withdrawal limit for non-KYC Binance accounts from 2 BTC to 0.06 BTC.

However, according to one of Binance’s top executives, Tigran Gambaryan, the move has cost the crypto exchange “billions of revenue.”

“We lost 90% of our users after implementing the KYC feature, resulting in billions of dollars in lost revenue.” Mr. Gambaryan shared. 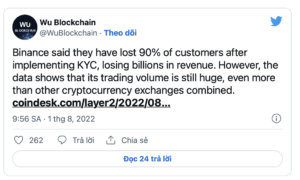 However, just hours after the news that Binance had lost 90% of its users, Binance CEO Changpeng Zhao (CZ) rebutted on his official Twitter. He stated bluntly that it was a completely false quote.

“It is a completely false quote. Look at the numbers…” CZ emphasized. 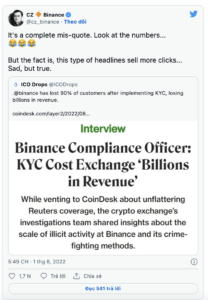 Meanwhile, the representatives of the exchange also affirmed the outstanding advantages of Binance compared to many other exchanges in the world.

“Binance is better or at least has some similarities with most exchanges. Our engine is significantly better than Kraken, and outperforms Coinbase in some respects, although there are downsides,” asserted Gambaryan.

Binance is operating in a variety of jurisdictions. Even so, Director Gambaryan admitted that the exchange is still facing legal challenges in several countries such as France, Italy and Dubai. However, over the past time, Binance’s activities have also attracted the attention of many agencies around the world.

“There is a huge difference in the amount of illegal activity, not just in terms of deposits, if you look at the total volume of transactions. Binance is exponentially bigger than its competitors.”

Besides, Binance has beaten Coinbase to become the exchange holding the most Bitcoins in the world. The platform also worked to get regulatory approval in Dubai in March, in Bahrain, France and Italy in May, and in Spain in July 2022.

Recently, the CEO of Binance was also involved in a “controversy”. As reported by MarginATM (here), the CEO of Binance sued Bloomberg Businessweek alleging defamation in a July 2022 article published in Hong Kong. CZ requested that the article be withdrawn and removed from the news sites and prevented the spread of this bulletin. In addition, he also filed a complaint against Bloomberg in a New York court, alleging “defamation” in the article.