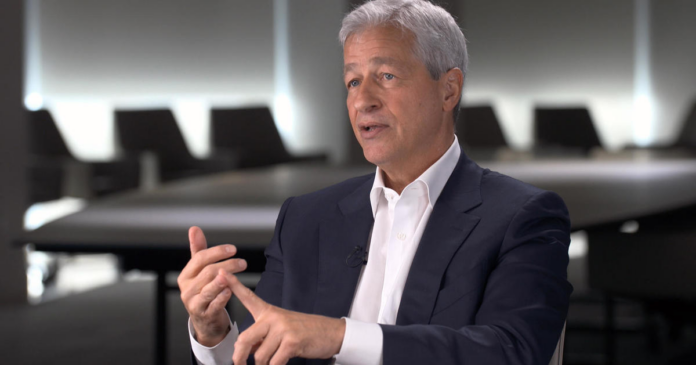 JPMorgan CEO Jamie Dimon said on a call with his clients that something worse than a recession could be imminent.

Dimon thinks there is only a 10% chance that the coming recession will not cause an economic crisis. He also asserts that there is a 20-30% probability that something worse could happen.

JPMorgan CEO emphasized that there are many “dark clouds” ahead that can form “big storms” that increase fear for all of us. Although the US economy is growing strongly, businesses and consumer balance sheets are in good shape, there are still negative impacts ahead.

JPMorgan CEO believes a mild recession is 20% to 30% likely amid a severe recession of similar proportions due to rising lending rates, quantitative tightening, oil shocks, conflict in Ukraine and escalation of US tensions with China will emerge.

Jamie Dimon predicts something worse could have disastrous consequences and would be flawed to just mention the future of America’s economy. He emphasized that the Fed’s target is to reduce inflation from 8% to 4% by the end of the year.

“I wish we could face it all and work it out together, but it seems like things have gotten worse in some way.”

Although the CEOs of several companies have made their predictions for the coming recession, they seem rather soft and far-fetched. However, in the JPMorgan CEO’s statement, that seems to be worse and will leave many aftershocks for the world economy in the future.

David Solomon, CEO of Goldman Sachs has also warned users about the possibility of a similar recession. Besides, Larry Fink, CEO of the trillion-dollar asset management group – BlackRock, made the opposite prediction. He thinks that investors should stay calm and wait for more.

Meanwhile, industry giants like Target and Walmart have minimized their profit projections. At the same time, many other companies have laid off staff to restructure and cut unnecessary costs.

Currently Bitcoin is trading at a price of 21,210 USD Meanwhile, ETH is also down 3.36% in 24 hours and currently holds at 1,565 USD. The crypto market continues to sink in red blood without finding the motivation to recover.