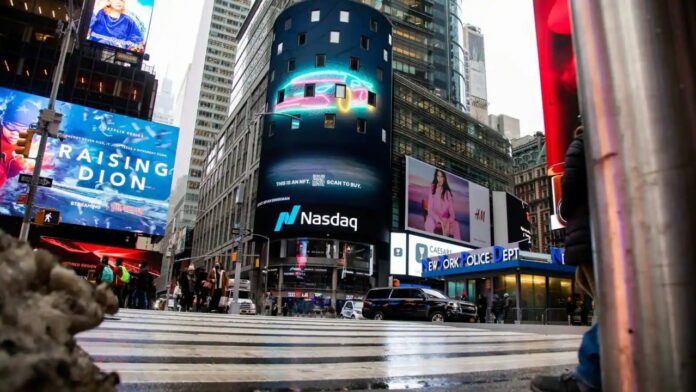 U.S. stocks fell on Monday, with the Nasdaq posting its lowest close since July 2020, as investors worried about the impact of higher interest rates and pulled out of chipmakers after the United States announced restrictions aimed at hobbling China’s semiconductor industry.

Federal Reserve Vice Chair Lael Brainard said tighter U.S. monetary policy has begun to be felt in an economy that may be slowing faster than expected, but the full brunt of Fed interest rate increases still won’t be apparent for months.

Despite growing concerns by a number of economists and analysts that the Fed’s interest rate hikes could increase unemployment, Chicago Fed President Charles Evans continued to back the central bank’s attempt to lower inflation, saying that while it sounds “optimistic” he believed it could do so “while also avoiding recession.”

The Philadelphia SE Semiconductor index dropped 3.5% after the Biden administration published a set of export controls on Friday, including a measure to cut China off from certain semiconductor chips made anywhere in the world with U.S. equipment.

Investors were also cautious ahead of the U.S. third-quarter earnings season, which is set to kick off on Friday with results from some of the major banks.

Estimates for third-quarter earnings have come down in recent weeks. Analyst now expect year-over-year earnings for S&P 500 companies to have risen 4.1% in the quarter, compared with an increase of 11.1% expected at the beginning of July, according to IBES data from Refinitiv.

Microsoft (NASDAQ:MSFT)’s stock was down 2.1% and was among the biggest drags on the three major indexes. S&P 500 technology led sector declines along with energy.

The U.S. bond market was shut for the Columbus Day holiday on Monday.

Declining issues outnumbered advancing ones on the NYSE by a 2.43-to-1 ratio; on Nasdaq, a 1.79-to-1 ratio favored decliners.

Volume on U.S. exchanges was 9.66 billion shares, compared with the 11.73 billion average for the full session over the last 20 trading days.