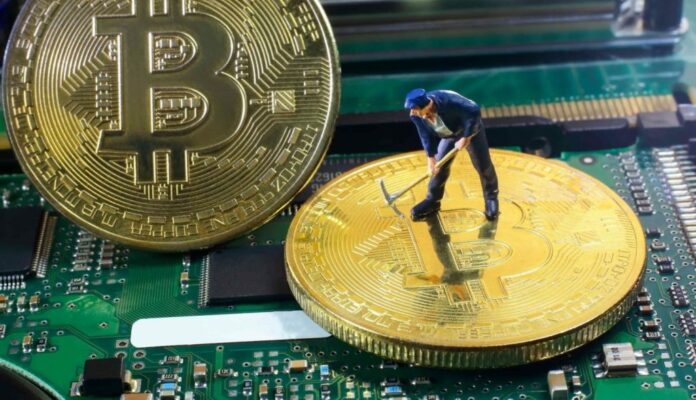 The Biden administration is considering pushing for a ban on cryptocurrency mining should measures aimed at reducing carbon emissions and the intense use of electricity prove ineffective.

According to a recent report, the White House flagged Bitcoin and other Proof-of-Work cryptocurrencies for their high energy consumption and the negative implications of mining on the environment.

With cryptocurrency mining essentially using electricity purchased from the grid, the report stated that this could disrupt the normal distribution of electricity among households in the U.S. The environment and human health were also threatened by air pollution from fossil burning, noise from mining facilities, thermal water pollution from power plant cooling, and solid waste from mining facilities.

As per the report, Bitcoin and Ethereum, the two major cryptocurrencies in the PoW category, accounted for roughly 60% to 77% and 20% to 39% of total global crypto-asset electricity usage, respectively. Further, total crypto mining activities in the U.S were estimated to result in 0.4% to 0.8% of total US carbon emissions. “This is similar to emissions from diesel fuel used in railroads in the United States,” said the report.

The White House also called for responsible development and collaborations to introduce standards for very low energy intensities, low water usage, low noise generation and clean energy usage by operators. However, it warned that should these measures fail to prove practical, other executive actions, including banning crypto mining, could be explored.

“Should these measures prove ineffective at reducing impacts, the Administration should explore executive actions, and Congress might consider legislation, to limit or eliminate the use of high energy intensity consensus mechanisms for crypto-asset mining.”

The latest report comes on the heels of President Biden’s Executive Order, which directed various agencies to examine the nexus between crypto-mining and the U.S. energy sector before an all-around crypto regulation can be rolled out. In the march 9, 2022  Executive Order, the Biden administration had vowed to support responsible digital asset development in line with its climate objectives. The current report thus shows that banning crypto mining is still a much more likely option, especially with Ethereum proving that a transition to a less energy-intensive blockchain is possible.