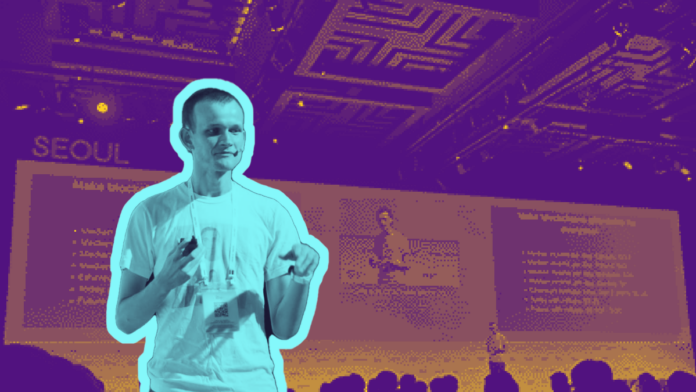 Opening the Korea Blockchain Week event, Vitalik Buterin talked about the meaning of “The Merge” event and its impact on real life in the future.

Wearing a Japanese-style ear cap to avoid being recognized by the crowd, Vitalik Buterin entered Korea Blockchain Week with a presentation on The Merge, the much-awaited Ethereum event. Unlike previous appearances, the creator of Ethereum does not go too deep into the technical, but reveals what we can get from The Merge.

“Cryptocurrency payments have been absent since 2018, obviously high costs are a factor,” Vitalik said. The creator of Ethereum gives an example of the average daily income of the people of Zambia, one of the poorest countries in the world, at 4 USD / day, while the average transaction cost on Ethereum is ranging from 1- 20 USD.

Therefore, when the Ethereum network moves from PoW (proof of work) to PoS (proof of stake), along with the development of a layer 2 scaling solution like that of Optimism on Ethereum, the cost per transaction will be reduced. down to $0.05 or even $0.002. When it becomes cheap, according to Vitalik Buterin, blockchain will be very accessible to a large number of users, especially in countries with low per capita income, inefficient traditional financial systems, but the Internet has been popularized. 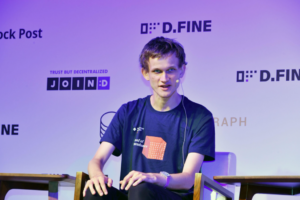 In addition to the financial sector, Vitalik Buterin also believes that Ethereum’s blockchain after “The Merge” can be easily applied to other fields such as ENS (a service that supports domain name registration on the Ethereum blockchain. ENS is issued as an NFT. Instead of having to remember each friend’s phone number, now you just need to go to your contacts, enter their name and press call), followed by “Soulbound Tokens” – a form of NFT non-portable, can be applied in awarding degrees, certificates in real life, or providing tickets for events or conferences. Next is the application for account management, Micro-Scale DAOs (small decentralized autonomous organizations).

“The merger will take place soon. This is a transition that we have been anticipating and preparing for almost from the very beginning of the creation of Ethereum,” asserts Vitalik Buterin.

According to sources from EthCC, The Merge is expected to take place in the 3rd week of September. With the transition of the consensus mechanism from proof-of-work to proof-of-stake, The Merge allows Ethereum to be able to integrate more scalable solutions in the future.

Not stopping there, The Merge’s influence also comes from the ability to split the chain (hard fork) from the Ethereum mining community. Many investors have speculated on Ether in hopes of receiving some airdrop thanks to Ethereum’s hard fork process after The Merge.

Vitalik Buterin is considered the founder of the Ethereum network in 2013. Since the age of 19, the Russian programmer has started to come up with ideas and call for everyone to build this platform. 9 years have passed, Ethereum has gradually developed and become a blockchain with the most users with many different applications built on it.