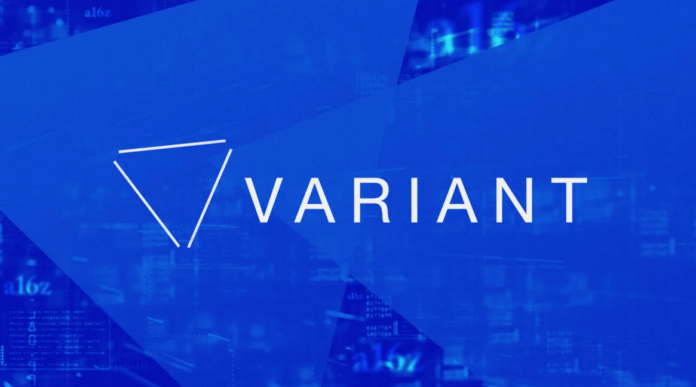 In an announcement on July 28 (here), Variant said it has raised $300 million for an opportunity fund in addition to a new $150 million fund to invest in start-up early stage projects. Led by major investors like Li Jin, Jesse Walden and Spencer Noon, Variant closed its first round of funding in 2020. Most recently the company announced a $110 million post-merger fund with Atelier Ventures in 2021.

In addition, Variant’s portfolio includes a wide range of companies in the crypto space. These include NFT platforms such as Magic Eden, decentralized credit platform Goldfinch and decentralized exchange Uniswap. 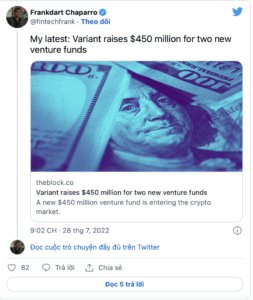 The two new funds will manage Variant’s investments. According to a report from the company, it will be looking at four specific groups of investment opportunities such as decentralized finance, blockchain infrastructure, consumer applications in Web3 and experimental projects with several models. ownership consciousness.

“Token and NFT offer completely new user experiences that respond to dynamics ranging from control to ownership, to financial fit with the products you use everyday. Ownership is the goal towards new product features and experiences.” Variant emphasized.

Two new funds launched against the backdrop of the not-so-favorable crypto market. Especially when the trading volume on the platforms witnessed a decline and the prices of the coins all fell in turn. However, Variant is not the only company in the field that has successfully raised capital and launched new funds.

As for Variant, the company remains optimistic about the long-term future of Web3. According to Walden, the technology that powers the emerging Web3 industry will improve from now on.

“Historically, technology didn’t go bad and go away, it got better and more pervasive. It’s happening at an exponential rate in the web3 space, because it’s all open source software and attracts a ton of talent into the space. So the technology is working, and again, I think that means it’s going to be more viral.” Walden affirmed his point.

According to data from The Block Research, venture capital in the blockchain sector fell by about 22% in the second quarter of this year. That number has plummeted from $12.5 billion in the previous quarter to $9.8 billion. Despite the downturn of the entire crypto market, many companies in this sector continue to raise capital and develop potential projects in preparation for the upcoming uptrend season.