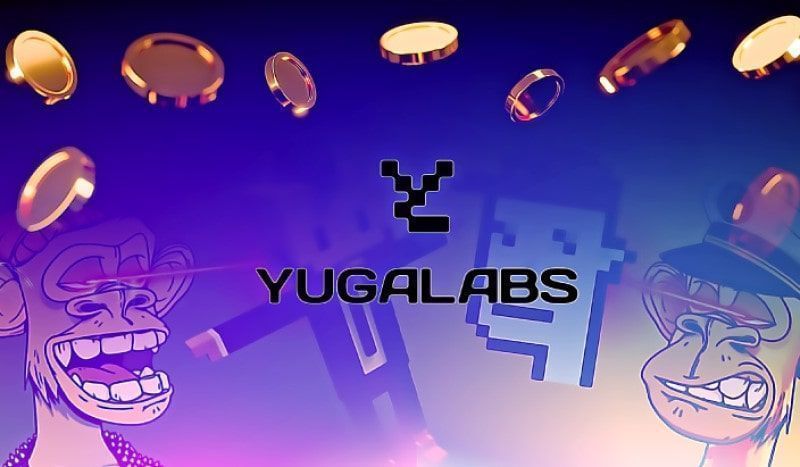 The warning comes only days after hackers compromised the website of Premint NFT, making off with more than 300 NFTs and $375,000 of Ethereum.

The NFT company told its Twitter followers on July 19 that its security team has been tracking a “persistent threat group” targeting the NFT community through compromised social media accounts, urging followers to be on the lookout. 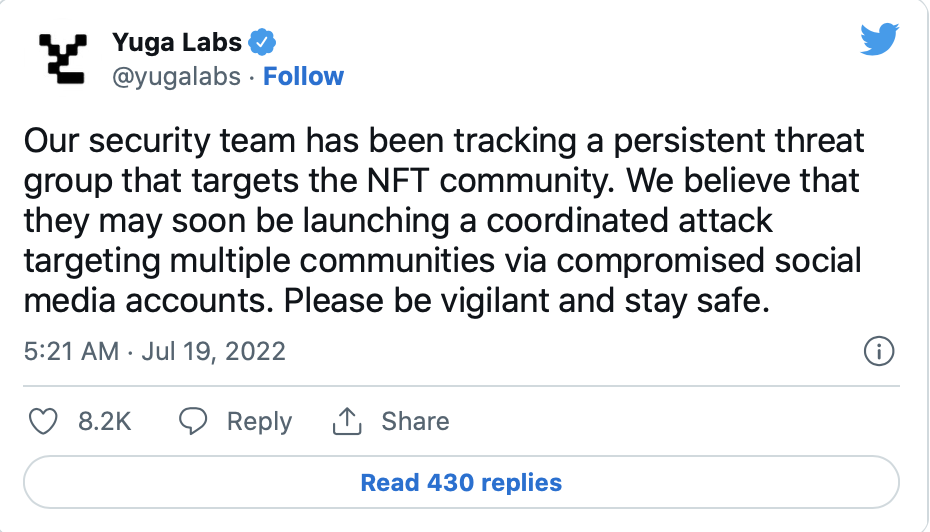 This isn’t the first time the company has warned its community of a possible social media-led attack by hackers.

Not the first, not the last

Soon after the warning, Twitter officials began monitoring activity on the accounts and fortified their existing security. Goner told investors that the company would never conduct surprise mints, a popular method attackers use to lure victims.

Cointelegraph asked Yuga Labs for more details about the “persistent threat group” and the potential attack but did not receive an immediate response.

Premint is an NFT whitelisting service that helps NFT artists access a large number of verified NFT collectors quickly, whitelisting them for new NFT projects. The NFT services platform touts more than 12,000 NFT projects and a database of more than 2.4 million collectors.

According to blockchain security firm Certik, the thefts occurred on Sunday after hackers inserted malicious code into Premint’s website.

The code created a pop-up that prompted users to verify their wallet ownership but instead gave hackers the permissions necessary for them to transfer NFTs from their victim’s wallets.

Six wallets have been identified as falling victim to the attack, containing NFTs, including Bored Ape Yacht Club, Otherside, Oddities, and Goblintown.

Premint said it would continue to “dig into the incident” and reminded users that they would never be asked to sign any kind of transaction on the platform. 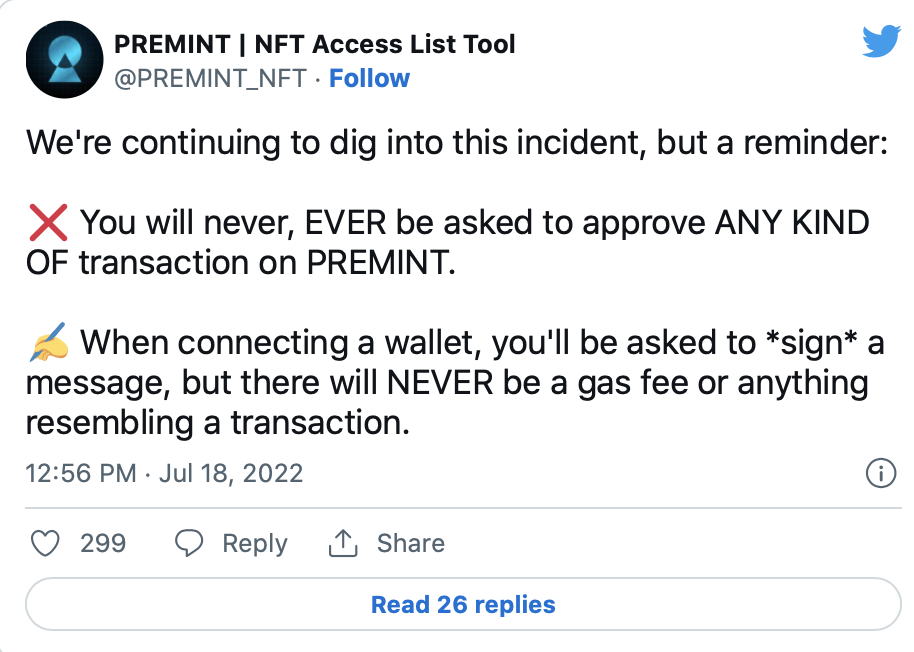 The platform has also changed in light of the attack, allowing users to log in without their wallets — which they claim will be safer and more convenient.