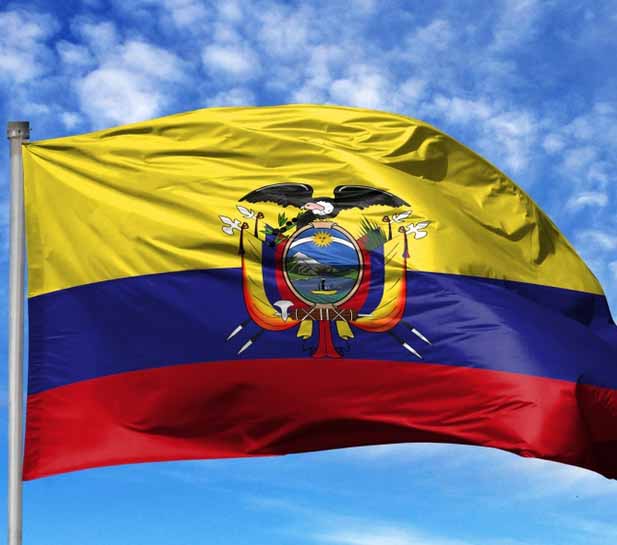 18 days of protests by indigenous Ecuadorians over the cost of living by blocking roads and oil wells has cost the country at least $1 billion, Ecuador’s central bank said on Monday. when the leader of the movement was brought to trial.

Of the total losses, more than three-quarters were to private companies and the rest was to the state, especially in the most important oil sector, Central Bank leader Guillermo Avellan told Teleamazonas. .

According to the Ecuadorian government, the protests have halted production at more than 1,000 wells, cutting Ecuador’s oil output by more than half from about 520,000 barrels per day.

By Sunday, three days after the Government and protest leaders signed an agreement to end the crippling stalemate, mining activity had recovered, to 461,600 bpd. Crude oil is Ecuador’s largest export.

Leonidas Iza, the protest leader who is also the head of the powerful Federation of Indigenous Peoples (Conaie), made his first appearance on Monday at a court in the town of Latacunga.

Iza was arrested on the second day of the protests, and held for 24 hours before being released pending trial for illegally blocking roads. In Ecuador, the crime of paralyzing a public service carries a penalty of up to three years in prison.

An estimated 14,000 Ecuadorians took part in the protest – most of them residents of Quito to protest the growing hardship in an economy hit hard by the virus pandemic. corona.

The protest was called by Conaie, the organization believed to have ousted three presidents between 1997 and 2005.

Last Thursday, the government and protest leaders signed an agreement to end the protests, which at times were very violent, which left six people dead and more than 600 injured.

The government has agreed to cut subsidized fuel prices by up to 8% – less than the 21% cut the protesters wanted but enough to convince them to leave the streets, where many have gathered. and set fire to barricades.

Avellan said that extra fuel subsidy would cost the Government about $3 billion a year.

The government has also increased monthly aid to the country’s poorest residents, allowed rural Ecuadorians to pause repaying bank loans, and agreed to review some mining operations. in indigenous areas.

Last Thursday, the government and protest leaders signed an agreement to end the protests, which at times were very violent, which left six people dead and more than 600 injured.

Prior to this rally, Avellan said, the central bank had anticipated the situation and raised its economic growth forecast for 2022, currently at 2.8%.

Raul Ilaquiche, Iza’s lawyer, told AFP that the trial for the leader would last several days, and several witnesses would be called.

About 2,000 Iza supporters gathered near the building, but were stopped by police using metal fences, city officials said.