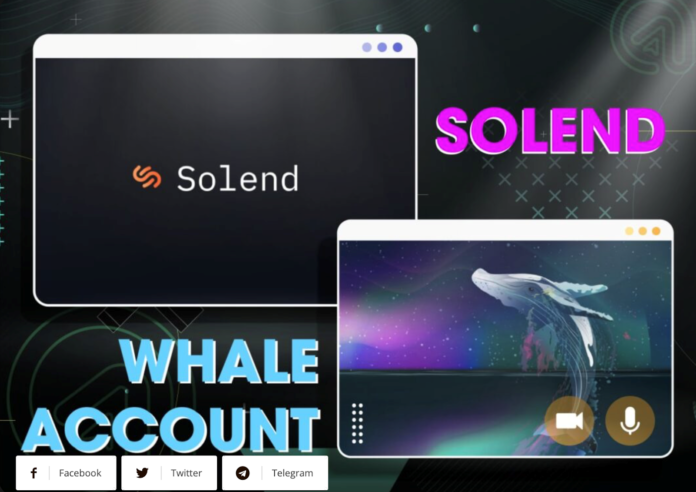 Update 20/6: After facing many community protests, Solend has proposed to cancel the takeover of the whale wallet. This second proposal was approved with a rate of 99.8%. 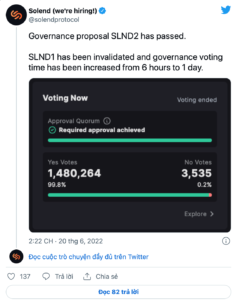 Yesterday on June 19, Solana lending platform Solend made a proposal to hijack a whale wallet that is about to be liquidated. 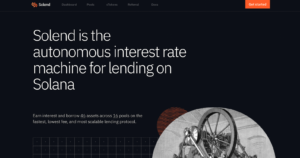 This proposal was made in the context of a whale wallet borrowing the amount of USDT/USDC on the platform. However, this loan is now about to be liquidated.

Specifically, the assets of this whale wallet currently have: 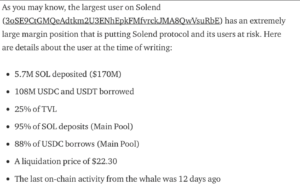 Currently, this whale is the largest user on the Solend platform with a loan of 108 million USDC and USDT with an initial collateral of 5.7 million SOL.

Once the SOL price drops to $22.3 the whale will be liquidated 20% of their collateral.

If this happens, it is highly likely that the DEXs on Solana will not have enough liquidity to buy the amount of SOL that Solend will release.

This will cause “bad debt” for Solend itself, which the project does not want it to happen. 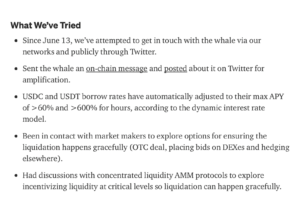 What Solend did to deal with the problem

Currently, the Solend project owner is unable to contact the whale about this debt.

Rooter – CEO of the Solend project has repeatedly on Twitter urged this wallet owner to pay down debt or send more collateral to avoid liquidation. However, he received no response. 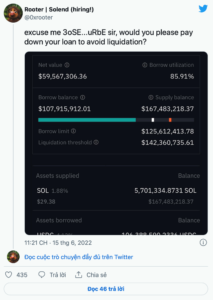 The CEO of Solend said that in the worst case, Solend will have to incur a bad debt of up100 million USD. 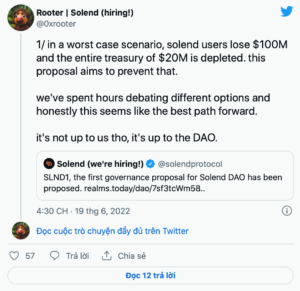 On the evening of June 19, this vote was passed with 98% of the votes in favor. This means that the project can take over this whale wallet.

Through this incident, many people will question the decentralization of this platform. Especially while the majority of votes in favor come from a single wallet. 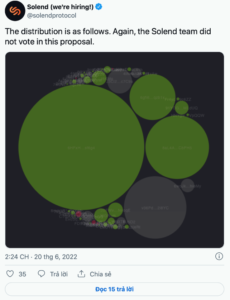 This has caused many protesting voices in the community. Specifically, Twitter user FatMan has said that this is a slap in the face of DeFi’s philosophy. 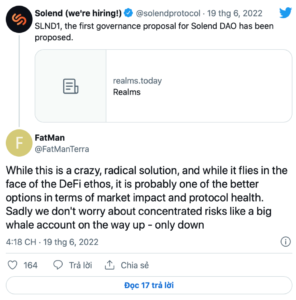