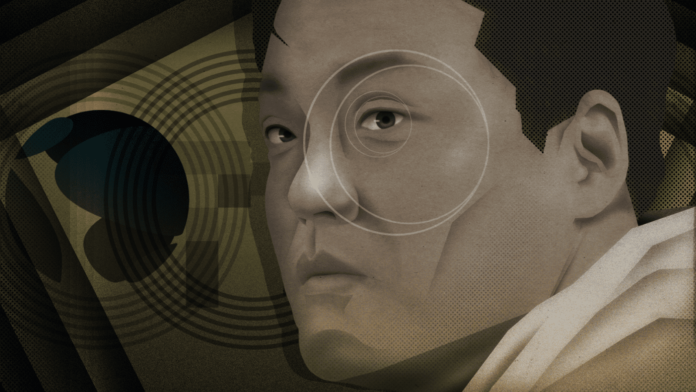 Investigation around wallet A:

On June 14, CoinDesk Korea revealed that the Terra ‘attacker’ through a “fatal transaction” was a wallet managed by Do Kwon’s Terraform Labs.

If this is true, this means that the TFL deliberately staged the collapse in order to extract more than $40 billion from investors.

Leveraging on-chain metrics, the agencies investigated the root of the Terra incident for about a month.

You can review the transactions made on wallet A at Etherscan. 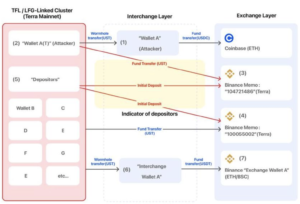 Transaction “fatal” from wallet A:

At around 4:44 a.m. the next day, Terraform Labs withdrew about 150 million UST from Curve. This number is said to maintain the liquidity of the Terra blockchain.

“The reason for withdrawing 150 MILLION USD UST FROM THE PROMOTION IS TO LAYER UST UST BETTER,” said KWON CEO DO-HYEONG.

On the same day, at 4:57 am, wallet A swapped 85 million UST to Curve, another stable coin. Then immediately traded Curve to USDC. Tron 13 short minutes after Terraform Labs temporarily removed UST liquidity from Curve, Wallet A created a large-scale UST transaction.

Wallet A has transferred USDC to Coinbase in bulk after the UST exchange. A significant amount of UST was injected into multiple exchanges globally before and after this transaction.

This accelerated the de-peg process and eventually led to the stablecoin’s price crash.

As a result, wallet A has been identified by blockchain research firms globally as the attacker’s wallet.

Some speculated that the wallet belonged to a Wall Street financial firm aiming to bring Terra down.

Upon investigation, Uppsala Security and CoinDesk Korea noticed the unusual existence of “wallet B”. This wallet was created on Terra Blockchain and has provided a large amount of UST for wallet A.

Specifically, UST on Terra has been converted to UST on Ethereum by wallet B using Wormhole. This child is then transferred back to wallet A.

Besides, the unusual transactions of wallet B are also traced. Accordingly, wallet B is noted to have continuously sent UST to Binance before the time of UST de-peg.

For transactions on Binance from Blockchain Terra, Blockchain collects the UST and transfers the assets to a unique wallet address. Therefore, Binance provides each user with a series of numbers that carry the same function as an ID, called “Binance memo”.

By examining these memos, the investigating agency discovered that the wallet B mentioned above possesses the user memo sequence “104721486”. The wallet was used from January 5 to May 25, 2022, transacting more than 123 million UST.

The largest amount of UST transactions sent from wallet B to Binance was 18 million UST. The transaction was made on the evening of 7/5. Coincidentally this was also around the time Terraform Labs temporarily removed liquidity from Curve. 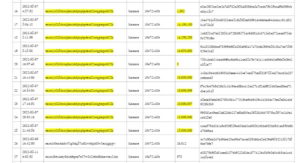 In addition to wallet B, two other wallets that are said to have performed transactions with user memo ‘104721486’ include:

Out of the above 2 wallets, Terra1gr is the wallet owned by Luna Foundation Guard (LFG). 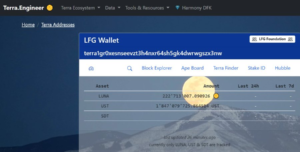 The Terra1gr wallet is confirmed to be owned by the Luna Foundation Guard (LFG).

Meanwhile, Terra13s is the wallet of LUNC DAO – a validator of Terra 2.0. This was originally this wallet created by CEO Dohyeong Kwon after the demise of Terra.

On-chain statistics have recorded up to 100 million LUNA transactions between the above wallets. 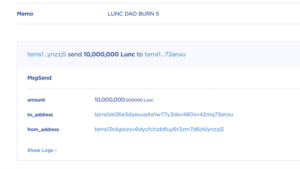 All the above facts lead to a single conclusion. All wallets with memo 104721486, wallet A and wallet B are owned by a single organization – Terraform Labs.

It can be seen that this is a perfect death stage by manually performing transactions that bring Terra back to the ground.

“The DIFFERENT ON-CHAIN ​​DATA ANALYSIS RESULTS ON THE TERRA Incident CONFIRMED THAT NOT ONLY Wallet A, but also the Wallets CONNECTED TO IT ARE MANAGED AND RELATED BY TERRAFORM LABS. LOTS LIKE COMPANY, Regulators NEED TO Investigate RELATED EXCHANGERS LIKE BINANCE.” THROUGH KIM HYUNG-WOO – CEO of UPPSALA SECURITY said.

Up to now, Terraform Labs’ purpose for the above transactions has not been confirmed. Hugging boss Do Kwon himself was also completely silent about the above allegations.