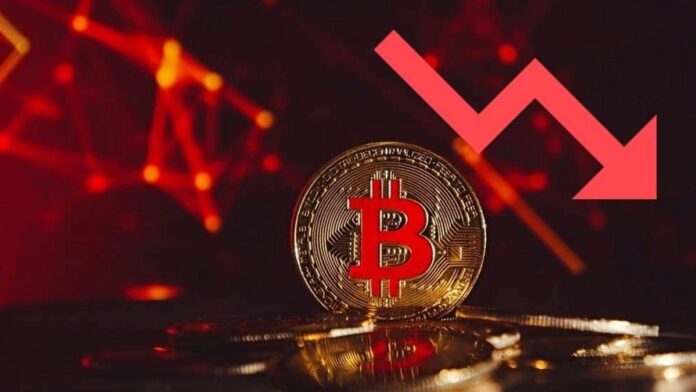 Less than 2 days left, August will be over. Here are 3 reasons why the crypto market could continue to decline in September.

Overall, the whole crypto market has been bearish in the past month. Bitcoin fell nearly 15% to the $20,200 region. The Merge event cannot help Ethereum avoid the market downturn.

The psychology behind the “September effect”

According to data from Coinglass, September seems to be Bitcoin’s worst month in nine years. Accordingly, in September, Bitcoin closed the May candle for 5 consecutive years with a red candle with an average price decrease of 8%.

Notably, September also coincided with downturns in the stock market. For example, in September, the S&P 500 index had an average decline of 0.7% over the past 25 years.

Traditional traders have called this drop the “September effect”.

According to JP Morgan statistics (here), historically, the top three stock market indexes all fell significantly in September. Specifically, the Dow Jones Industrial Average (DJIA) fell 0.7 on average. % and the S&P 500 is 0.5% in September since 1950. Meanwhile, since it was first formed in 1971, the Nasdaq Composite has dropped an average of 0.6% in September.

Rager, an analyst who trades with over 200,000 Twitter followers, thinks Bitcoin may not grow in September. However, this is a good opportunity for long-term investors and he will continue. Buy when BTC price is below 20,000 USD.

Fed may raise interest rates by 0.75%

As reported by MarginATM (here), on August 26, at the Jackson Hole Conference, Fed Chairman Jerome Powell gave a speech on the prospect of the US economy. According to Mr. Powell, the Fed will not back down in the fight against inflation.

“Although the July inflation rate dropped to 8.5% is a very encouraging sign. However, the data for one month is not enough to convince us that inflation has started to decline.”

“Restoring inflation to our 2% target is our biggest focus right now.” Powell said.

This shows that the US economy is in a rather dark picture. Inflation has decreased slightly (8.5%) but is still very high compared to the desired level of 2%.

Therefore, it is almost impossible for the Fed to stop raising interest rates. Moreover, most Fed officials favor a 0.75% rate hike at the next meeting in September, with a pledge to bring inflation down to 2%.

As a result, Bitcoin and the crypto market are at risk of continuing its September correction and possibly hitting yearly lows.

Bitcoin can close the monthly candle below 20,000 USD

At the end of August, with the crypto market entering a recession, traders are focusing on whether Bitcoin can close the month above the $20,000 threshold. As $20,000 is said to be a very important support and resistance area and the old 2020 top of Bitcoin.

Worse yet, this could create a “domino effect,” triggering a widespread sell-off.According to Twitter account Galaxy Trading, if Bitcoin’s monthly candle closes below $20,000, this could trigger it. The massive sell-off sent BTC to the $14,000 support.

On August 28, Bitcoin broke through support and closed below $20,000 on the daily timeframe. By August 29, BTC closed above $20,000 and a bullish engulfing candle cluster appeared (Bullish Engulfing). This is a bearish to bullish reversal candlestick pattern.

However, BTC broke the uptrend line. According to the Ichimoku indicator, the Lead 1 & 2 lines have crossed to form a red cloud area. Therefore, it is highly likely that BTC has completed its correction phase and may continue to decline in September.

Bitcoin is the top coin by market capitalization. When Bitcoin falls, it will pull a series of altcoins down. Therefore, investors need to pay attention to the closing price of Bitcoin at the end of August. MarginATM will continue to update information about Bitcoin price in the near future.