Search
HomeBlockchainAxie Infinity: Re-engineering its destiny in the GameFi landscape 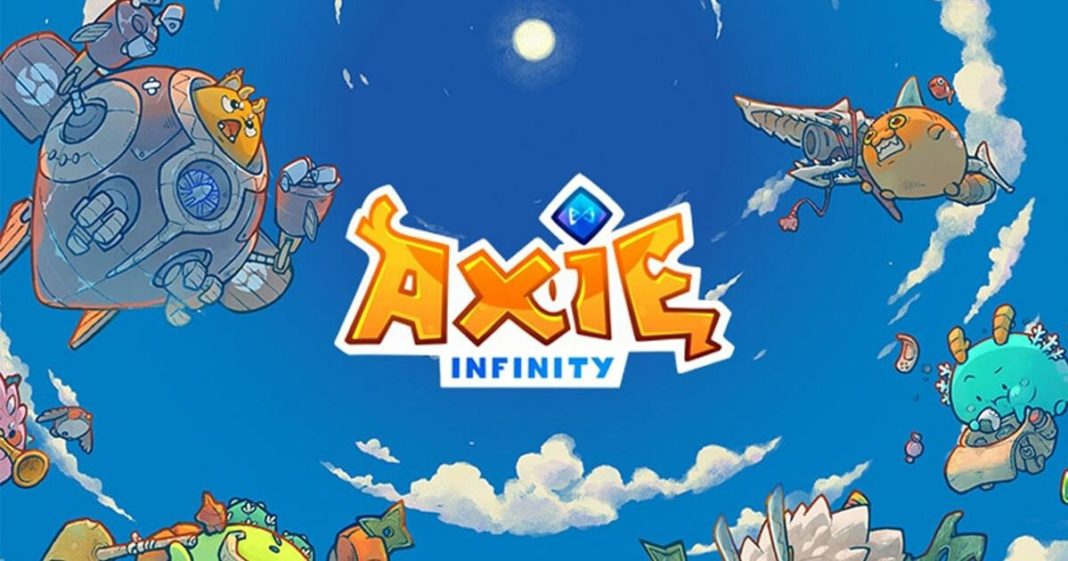 Axie Infinity: Re-engineering its destiny in the GameFi landscape

Can Axie Infinity rise to its former glory, as a form of “extreme entrepreneurship” where success can happen overnight, amid the crypto winter and uncertain global economy?

Axie Infinity, the blockchain-based game that has popularized the play-to-earn gaming model, often invites awe and suspicion. The game has created a new type of job market and allows a quick return for game investors. However, its highly volatile in-game crypto (the Smooth Love Potion, or SLP), the hacking of its Ronin chain, and the resulting new digital inequality pose threats to its existence. Axie is a form of “extreme entrepreneurship,” wherein success and failure can happen almost overnight, subject to the dynamics of SLP. Many predictions have been made regarding Axie’s coming collapse and lost trust among its players. Can Axie rise to its former glory amid the crypto winter and uncertain global economy?

As a game lover myself, I was very intrigued regarding Axie Infinity’s future, which led to my desire to research and study it. I interviewed more than a dozen Axie managers, guild members, and scholars –– some are still active while others have quit or gone dormant –– throughout the first half of 2022. I also watched them playing Axie Infinity while asking them questions to make sense of the nitty-gritty issues in the game and assess Axie’s mistakes and potential. I offer some strategies for how Axie can re-engineer its destiny and move forward.

Smoothing the demand for SLP

One mistake Axie made was engineering too much demand for SLP. New player influx must be kept steady but not grow excessively in order to offer a smoother demand curve for SLP. This could have prolonged the game’s shelf life. The cost to acquire Axies (the game’s collectible digital creatures that can be used in combat and commerce) –– which will influence how investors and new players plan their return on investment (ROI) and govern their appetite to recruit new scholars –– should be kept steady but slightly growing over time.

Another mistake is that Axie has been dominated by players from lower-wage countries. This is the case because the SLP earned is highly attractive compared to their local living standards. However, it is too risky to bet on a single group of players. Risk diversification is necessary. Axie can attract players from medium- to high-wage countries and focus on the game’s “fun factor” while putting the “earning factor” as a bonus. A move toward a play-to-own model, where players have a say on the game’s development, is necessary.

One of the biggest mistakes was the abuse of Axie Infinity by multi-account players, which inflated the supply of SLP. I heard stories of single players who played on up to 50 accounts using multiple mobile phones. Axie was too slow to react to this problem.

Balancing the supply of SLP

Another mistake was Axie’s in-game economics that reward players SLP for all battles won. This seriously inflated the supply of SLP, which led to the downfall of its value. One strategy to correct this is to introduce more balancing mechanisms that burn SLPs. Examples include having an SLP penalty for those losing a battle.

Another issue is that many players do not cash out their hard won SLP. A healthy cashing out ratio of SLP is needed to prevent an oversupply of SLP. Axie should keep the “gas fee” in cashing out SLPs extremely low, and can introduce a time-based system for cashing out SLPs or losing them, and set the cost of breeding Axies optimal for burning more SLP.

The element of uncertainty is important in in-game economics to prevent a game from being exploited by players. Unfortunately, Axie has simply been too predictable in how players are able to win SLPs. Another strategy would be to offer a time delay between the breeding and birth of new Axies, or even adding some SLP costs to raise baby Axies.

Creativizing the business model of Axie

A key component of Axie Infinity’s business model is the price of SLP, which is influenced by a host of factors: supply and demand of SLP, supply of Axies, crypto regulations, the volatility of crypto and the behavior of the SLP traders. Thus, the price of SLP is partly manageable and partly beyond Axie’s sphere of influence. Nansen estimated that Axie’s $1.35 billion revenue (from May 2021 to May 2022) came mostly from breeding fees (85%) and marketplace fees (13%). This shows how limited Axie’s source of revenue is. Axie Infinity must find ways to expand its revenue sources beyond breeding and marketplace fees.

A more creative business model is necessary. To increase the number of new players, Axie must innovate and offer gaming experience beyond a static environment of its small square battle space, which is very boring for players. The little monsters can be allowed to wander around the world of Lunacia and face danger (e.g., a lethal epidemic) or Axie-eating beasts which will burn SLP or reduce its supply. Players must be allowed to team up their Axies with other players’ Axies in a colossal fight against other Axies — like the epic battles in mecha anime series Gundam — thus increasing new demand for SLP. Co-developing the game with indie developers is essential, but this requires a profit-sharing model for it to work. Axie can also modify Pokémon Go’s approach by allowing players to spend money on decorations, avatars and merchandise to beef up its revenue sources. 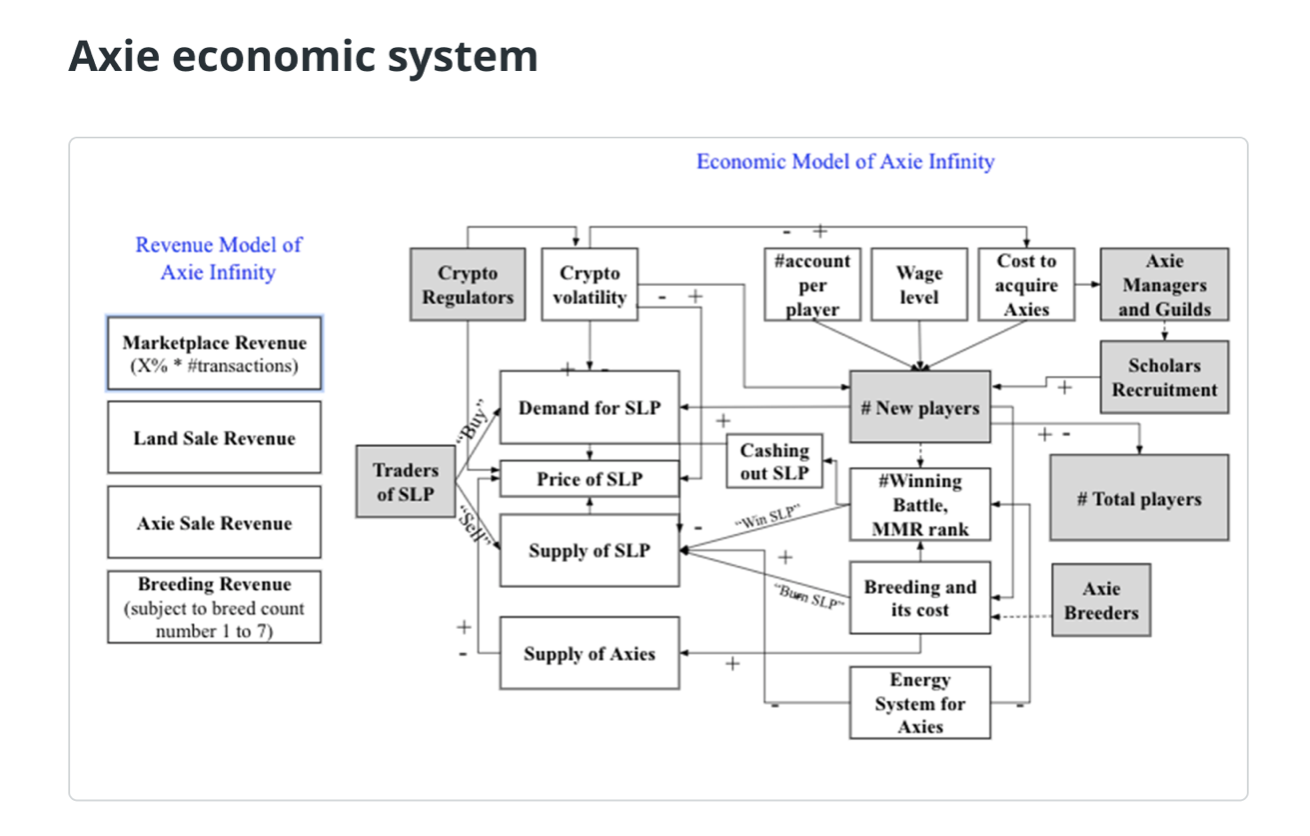 Some of my informants suggested that Axie should allow “burning SLP to upgrade into powerful Axies,” “grow the AXS market,” and “host global esports tournaments.” Esports is one lucrative arena in which Axie could make a mark.

Another mistake was the perceived lack of communication between Sky Mavis, the developer and publisher of Axie Infinity, with its community. Many of my informants claimed that Axie’s plans for the future are cloudy. There have also been complaints about the “power play” displayed by the core team of Sky Mavis against the Axie Infinity community. This requires a cultural fine-tuning in the Axie ecosystem.

The not so bleak future of Axie Infinity

In the midst of this crypto winter, Axie sold over 325,000 Axies at more than 3,500 ETH in total, approximately $3.9 million. In my real-time experiments in the game with some Axie scholars in June 2022, the time to find enemies for each battle has remained the same, suggesting that there are still many Axie players out there, contrary to the prediction that most players would leave Axie. There is, however, the temptation for Axie players and managers to join other attractive play-to-earn games. This is a new battle for Axie: the “switchers.”

Axie Infinity might not disappear altogether. It will most probably reinvent itself and chart a new destiny in the fast-changing GameFi landscape. GameFi is here to stay as a space for experimentation in the Metaverse that blurs the boundary between fun and work/investing.