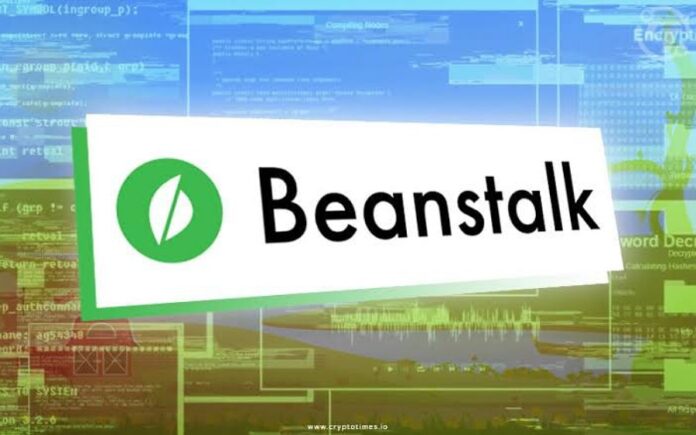 The development team of the stablecoin project Beanstalk has restarted the project almost 4 months after the hack that caused $182 million in damage.

According to a statement from the project side, holders of more than 99% of Beanstalk tokens supported the revival of the project through a vote that ended on August 5.

Beanstalk says its stablecoin BEAN is a decentralized stablecoin that uses credit instead of collateral to pegged the price in USD. This project officially “revived” after 4 months since undergoing a flash loan to steal $ 182 million in assets.

Beanstalk is a decentralized stablecoin project that was deployed on the Ethereum network on August 6, 2021. After 8 months of launch, Beanstalk’s market capitalization reached 100 million USD and owns 144 million USD of incentive liquidity.

In its new announcement, Beanstalk said changes to the project’s stablecoin were audited by two companies. At the same time the governance system was moved to a community-run multisig wallet until a secure on-chain governance mechanism could be implemented. This was said by Beanstalk in a statement in early August.

Users of the project can now track BEAN in the stablecoins section of Defi LIama.

The Beanstalk project team began the process of restarting the stablecoin in May. At that time they proposed to raise $77 million through a loan from private investors.

The fundraising comes at the right time of the “stablecoin wave” that is attracting a lot of attention after witnessing the collapse of Terra because of UST. As I reported, the fact that Terra evaporated 40 billion USD in just a few days caused a terrible shock to the whole community. That leads to the effects of many other crypto companies in the context of the downtrend.