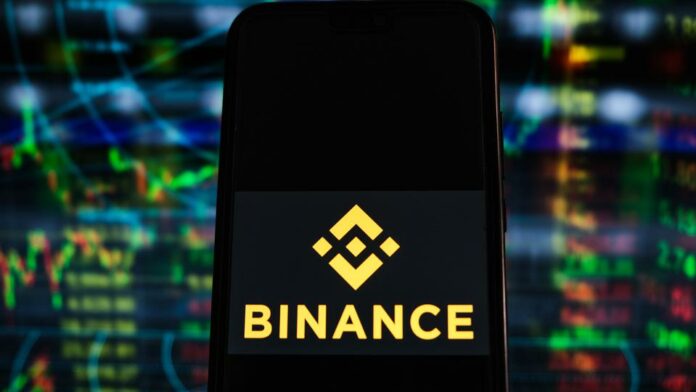 Binance-owned exchange, WazirX, has just gotten into a legal trouble with local authorities regarding money laundering.

On the afternoon of August 5, Reuters reported that India’s Financial Crimes Enforcement Agency (ED) has frozen the assets of the largest crypto exchange in the country, WazirX, which is owned by Binance. acquired in 2019, as part of an investigation into suspected foreign exchange regulation violations. 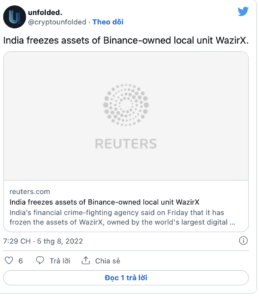 The ED announced it had frozen assets worth 646.70 million rupees ($8.16 million). The agency asserted its actions were related to the investigation because of suspicions about WazirX exchange’s role in assisting instant loan application companies to launder proceeds of crime by converting them into cryptocurrency on its platform.

The ED has been looking into a money laundering case involving illegal Chinese-owned online betting apps. During the investigation, the ED found that approximately Rs 570 million worth of criminal proceeds were converted into crypto using WazirX exchange. In fact, the ED launched another investigation in 2021 into WazirX on suspicion of violating foreign exchange regulations.

Interestingly, about two months ago, the Binance exchange itself faced a similar case of WazirX with allegations of “indirect” money laundering but on a larger scale, amounting to 2.35 billion. USD from 2017 to 2021.

However, as soon as the information was released, the price of WRX coin has fluctuated very quickly in a short time and is trading at $0.267 at press time.

At around 10:36 PM on the evening of August 5, Binance CEO Changpeng Zhao officially posted on his personal page to explain the truth about the relationship between WazirX exchange and Binance. He said Binance does not own any equity in Zanmai Labs, the company that runs WazirX and was founded by the original founders. 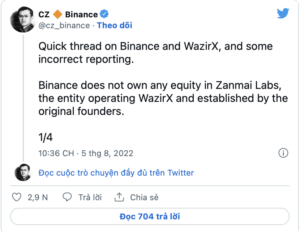 Instead, Mr. Changpeng Zhao went on to explain that Binance only provides wallet services to WazirX as a technology solution. There is also an integrated use of off-chain transactions, to save on network costs, with no extra involvement. All other aspects including user registration, KYC, trading and withdrawals will be managed by WazirX.