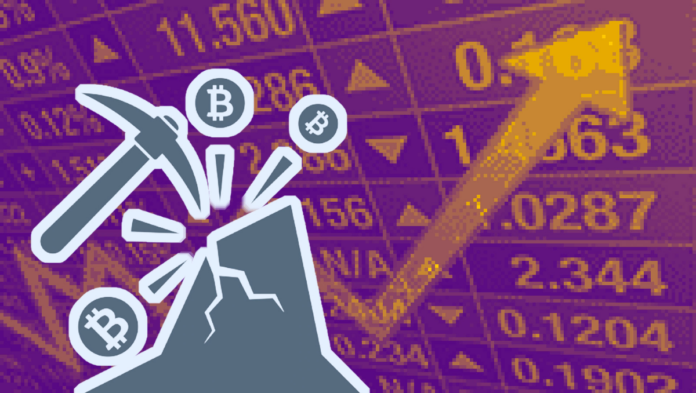 In the wake of the crypto market topping its old peak following the US inflation news, the average cryptocurrency mining company stock is up 100% in just 1 month.

By the afternoon of August 12, Bitcoin moved around 23,960, Ethereum approached the resistance of $ 2,000. In general, in the past 1 month, the crypto market appeared a correction wave.

The market is “green” again. In terms of the 30-day growth of the top 10 coins by market capitalization, ETH leads the way with a gain of nearly 83%. DOGE is the coin with the lowest growth with 16%.

According to a report by Core Scientific (here) on August 11, in the second quarter, the number of Bitcoins this company mined reached 3,365 BTC, with an increase of more than 1,769%. At the same time, the company’s revenue was 164 million USD, up 118% over the same period in 2021.

According to data from Bitinfocharts, Bitcoin mining profitability has rebounded from its lowest point (June 19).

However, the companies all announced increasingly large losses. This could be influenced by a number of factors that affect mining and profitability: low asset prices and high energy costs (due to the Texas heatwave) or the Russia-Ukraine conflict.