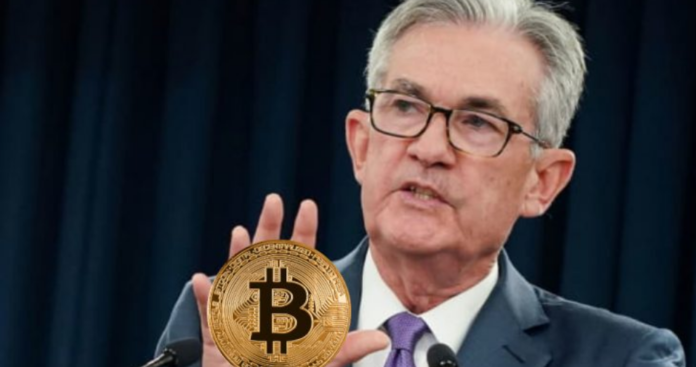 Fed raises interest rates by 0.75% to fight inflation
At 1 a.m. on July 28, the Federal Reserve issued its second consecutive 0.75% interest rate hike as it sought to reduce inflation without creating a recession.

Accordingly, the lending benchmark interest rate is up to the range of 2.25-2/5%, the Fed’s June-July moves represent the most stringent actions since the Fed started using the lending rate through night as the main tool of monetary policy in the early 1990s.

Since the June meeting, the market has largely expected this move after Fed officials announced the rate hike in a series of statements. Stocks hit their highest levels after Fed Chairman Jerome Powell left the door open on his next move at the September meeting. He said it would depend on the data. Central banks have emphasized the importance of reducing inflation even as it slows the economy.

In its post-meeting statement, the Federal Open Market Committee said recent indicators for spending and manufacturing had eased. However, the rate of job growth has increased sharply in recent months and the unemployment rate remains low.

Officials again attributed inflation to rising and, due to supply chain issues, higher food and energy prices along with “broader price pressures.

Powell said he doesn’t think the economy is in a recession, despite negative growth in the first quarter, and is expected to be mostly negative in the second quarter.

Powell said the Fed is “strongly committed” to reducing inflation and said that could come at a cost to economic growth in general and the labor market in particular.

Efforts to reduce inflation are not without risk. The US economy is teetering on the brink of recession as inflation slows consumer purchases and affects business activity.

Along with raising interest rates, the Fed is reducing the size of the assets it holds on its nearly $9 trillion balance sheet. Since June, the Fed has begun to allow some of the proceeds from maturing bonds to be released into the market.

Since the start of implementation, the balance sheet has shrunk to just $16 billion even though the Fed has put a cap on $47.5 billion. The cap will increase throughout the summer, eventually reaching $95 billion a month in September. This process is called “quantitative tightening” and is another mechanism the Fed uses to influence conditions. finance.

Along with accelerated balance sheet flows, markets expect the Fed to raise interest rates by at least another 0.5% in September.

In August, the FOMC meeting was canceled because officials will gather in Jackson Hole – Wyoming, for the annual Fed holiday.

Markets expect the Fed to begin cutting rates in the summer of 2023, although the committee’s projections released in June suggest a rate cut is unlikely until at least 2024. .

The crypto market is “green” again, the market capitalization is back above 1 trillion USD. In the past 24 hours, more than 84 billion USD has flowed into the market. Specifically, Bitcoin is currently trading around the $22,900 mark, up 8%. ETH price is $1,637, up 13%.

According to analyst Dylan LeClair, long positions on the FTX derivatives exchange spiked in the hours before the Fed’s decision.

The fear and greed index is at 32, up 22 points compared to June. Although this index still reflects fear from investors, it has begun to show signs of abatement compared to the previous time.

The amount liquidated in the last 24 hours is more than 300 million USD, most of which come from short positions.

300 million USD liquidated
More than 300 million USD liquidated in the last 24 hours. Source: Coinglass.com
In terms of price, on the daily frame, Bitcoin is moving above the downtrend. Over the past 24 hours, BTC is up more than 8% and is retracing to the trendline. This is also the confluence with the Ichimoku cloud region. Accordingly, Bitcoin could reverse the trend because it is located near strong resistance.

Overall, on the major timeframes, Bitcoin is still in a downtrend and below the weekly MA200. Readers should consider before deciding to invest, limit fomo when the price is pumping strongly.