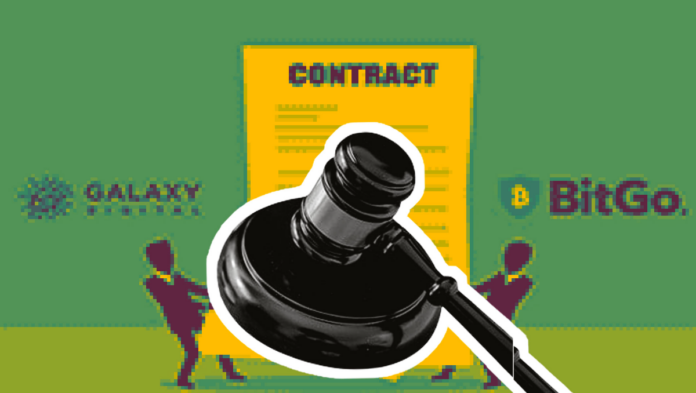 Continuing the termination of the acquisition agreement, a BitGo representative said that they will plan to sue Galaxy Digital to receive a compensation of $ 100 million as part of the contract termination fee in the decision to terminate the agreement. repurchase.

Reportedly, Galaxy terminated its acquisition of BitGo on the grounds of breach of contract. Accordingly, at the end of July, BitGo is said to have failed to provide audited financial statements for 2021. At the same time, the company also emphasized that the termination of the contract does not incur any associated costs.

On the same day, according to a blog post (here), BitGo called Galaxy’s actions “improper” in claiming a breach of contract and waiving the repurchase agreement. BitGo consulted with the services of law firm Quinn Emanuel to pursue legal action, suing Galaxy for not paying the “agreement of the March 2022 settlement fee of $100 million.”

“The reason Mike Novogratz and Galaxy Digital are trying to come up with to end the acquisition is absurd. Either Galaxy has to pay BitGo the $100 million termination fee as previously agreed, or we will sue Galaxy.”

It’s unclear whether the market downturn was a factor in the billion-dollar deal’s failure. The acquisition between Galaxy and BitGo was announced in May 2021 for $1.2 billion in stock and cash.

This is considered part of the plan to expand Galaxy’s services in the US. After several delays to this deal, Galaxy is expected to complete the transaction by the end of 2022. However, as of August 15, the deal is said to have ended after the announcement from Galaxy.

Earlier, on July 8, Elon Musk suddenly announced his intention to terminate the $44 billion acquisition of Twitter through a letter to the social media giant’s board of directors. The Tesla CEO cited his displeasure with Twitter’s lack of information about spam and fake accounts.

Faced with the above situation, the Tesla CEO was forced to sell $ 6.9 billion of shares of the electric car company, the first time since April. The report said Musk sold shares on August 5. Overall, over the past 10 months, Musk has sold about $32 billion in electric car shares. Talking about the reason, Musk said he wants to have cash ready, in case something goes wrong in the trial of the lawsuit with Twitter.