It was the first time the Celo mainnet had gone down in more than two years.

Proof-of-stake-based blockchain Celo has been suffering from an on-and-off network outage lasting 24 hours, though the blockchain appears to be up and running again now.

Celo is an open-source blockchain that enables users with phone numbers to make payments with crypto by using their phone numbers as a proxy for public keys.

Celo updated its Twitter followers after the network came back online, noting it was the network’s first outage since the mainnet launch on April 22, 2020, and that it has begun a “thorough and expedited technical analysis” to get to the bottom of the issue.

It resumed around nine hours later for several minutes before pausing again at block 14,035,045.

As at the time of writing, the network appears to be up and running again following an upgrade of its validator nodes to version 1.5.8, according to a Celo block explorer. 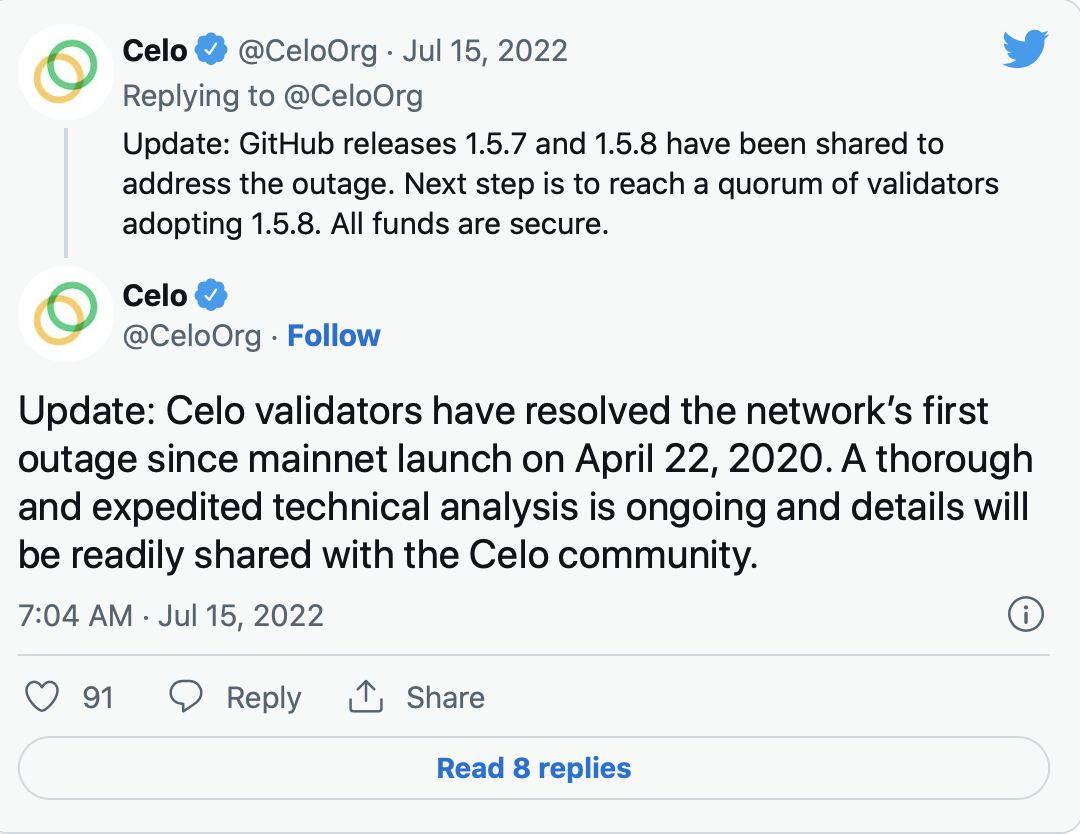 On the protocol’s Discord channel, one of the network’s validators with the username “Dee” said they saw the latest outage as “part of the growing pains” of the network but that they remained confident in the fundamentals as it was the first network halt in over two years.

“Even Visa had some network outage over the past two years despite being a market leader in payments for over 60 years.”

The Celo protocol’s whitepaper claims that it enables users to send payments “as easy as sending a text message.” The network touts an average block time of five seconds, is Ethereum Virtual Machine Compatible, and supports smart contracts and decentralized applications.

Earlier this week, the Helium network suffered a four-hour outage due to validator outages from a software update, causing delayed transaction finality.

On June 1, the Solana network suffered yet another outage, causing block production to halt for four and a half hours. It was one of seven network outages over the last 12 months.