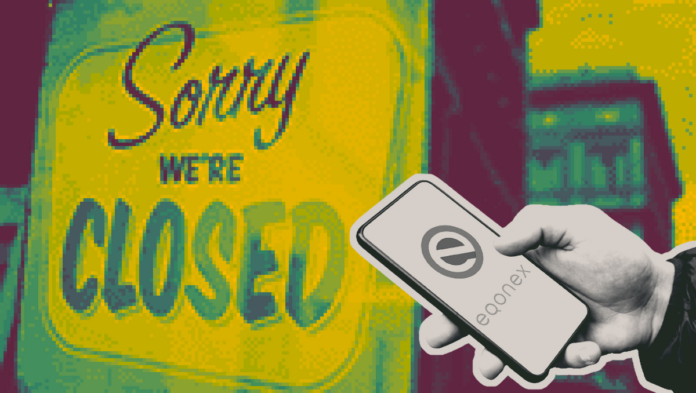 Nasdaq-listed digital asset investment company Eqonex has announced that it will close its crypto exchange on August 22 after two years of operation.

According to an announcement on August 15, Eqonex said it will close its crypto exchange on August 22. However, users can withdraw funds until September 14.

The company said the closure was part of an effort to optimize its business operations, with a focus on providing custody and asset management services at potential Digivault. Thereby, the company will grow in revenue and be financially sustainable in the long term.

“Closing the exchange would greatly simplify our business by narrowing our focus and freeing up resources. This allows us to pursue the most promising market segments.” Jonathan Farnell – CEO of Eqonex said.

Accordingly, Eqonex believes that the crypto exchange is not profitable for the company in the short and medium term. But the cost to operate during a prolonged market downturn is quite large. Therefore, Eqonex decided to downsize part of its operations.

Eqonex’s EQO token was forced to cease trading immediately “as part of a change of strategy”. Eqonex added that it will move its main business and some senior management from Hong Kong to the UK.

At the end of 2021, Eqonex’s board said it discussed the possibility of a “merger or takeover” should the crypto market be volatile or enter a recession.

In March, Binance’s payments affiliate Bifinity said it would provide a $36 million convertible loan to Eqonex in an effort to expand the company’s products, with a focus on storage services. digitally signed at Digivault.