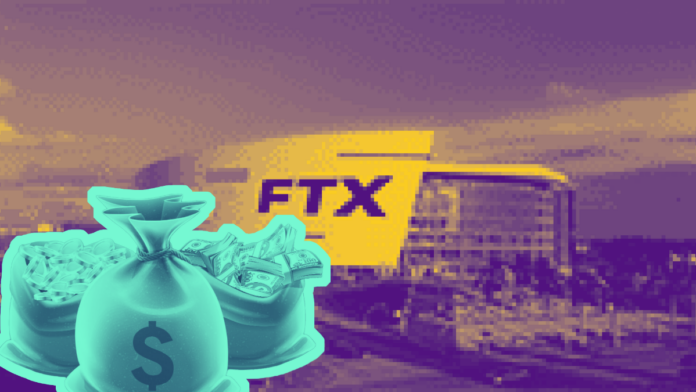 According to the latest report from CNBC, crypto exchange FTX saw a boom last year after achieving over $1 billion in revenue, an increase of more than 1,000%.

Net profit also recorded an increase from $388 million compared to just $17 million during the same period in previous years. Cryptocurrency exchange revenue has grown by more than 1,000% from $89 million to $1.02 billion in 2021.

Reportedly, FTX achieved $ 270 million in revenue in the first quarter of 2022 and is on track to conquer $ 1.1 billion this year. In particular, CNBC highlights that it is one of the few exchanges that is still performing well amid the downturn of the crypto market this year.

In comparison, Coinbase – the largest exchange in the US also had a booming year in 2021. The revenue of this platform has increased “crazy” from $ 3.6 billion to $ 7.4 billion. Still, Coinbase was hit hard by the prolonged crypto winter. In the second quarter of 2022, the exchange reported a revenue of $808.3 million, down 64% from the previous quarter and a net loss of $1.1 billion. This is much lower than the $1.59 billion in net profit in 2021.

Founded in 2019, FTX quickly rose to become a leading exchange under the leadership of CEO Sam Bankman-Fried. The growth of FTX has helped Sam to dethrone the richest crypto billionaire in the world.

Recently, Bankman-Fried has pursued acquisitions and launched credit loans to crypto companies experiencing a “liquidity storm.” As MarginATM reported (here), in July, FTX US signed an agreement with crypto lending platform BlockFi. This company offered FTX an option for acquisition. In addition, FTX has also been in talks to buy South Korean crypto exchange Bithumb. The move comes after the giant FTX acquired trading platform Bitvo in June and clearing company Embed.

FTX owned about $2.5 billion in cash at the end of last year with a 27% profit margin. Profit margins are close to 50% if advertising and other costs are excluded. The exchange last raised capital in January, raising $ 400 million from major investors such as SoftBank Vision Fund 2 and Tiger Global at a valuation of $ 32 billion.

Before the information given by CNBC, the CEO of FTX shared on his official Twitter that:

“The estimated numbers are almost exact.”

Perhaps this is a confirmation that the information provided in the CNBC document is almost true. That shows that FTX has achieved important milestones despite launching after veteran platforms like Binance or Coinbase.

After Sam shared on Twitter, many in the crypto community commented under the CEO’s tweet. A user named JuiceSayThis questioned:

“Sam, why does this ‘leak’ of information make me more worried about cryptocurrencies than they were before? Will the real numbers this year be revealed?”

Meanwhile, Runite Dragon users think that this leaked information is just a “trick” to help raise the FTX valuation further.

Sam’s share received mixed comments. However, it cannot be denied that Sam and FTX have spent huge amounts of money to bail out many companies in the difficult context of the market in 2022.