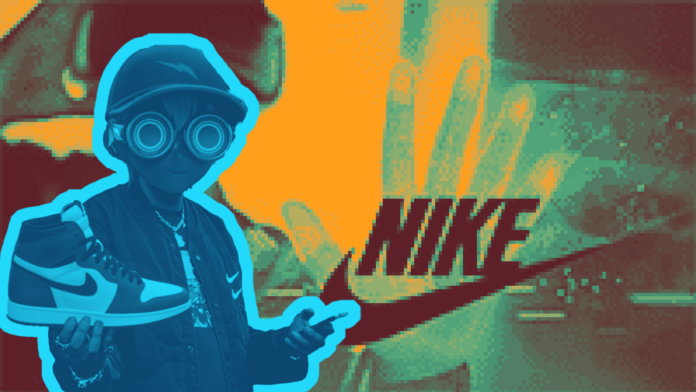 Nike is one of the few well-known brands that have succeeded in the NFT market. Last year, the US MNC reported that Nike would buy a company specializing in the production of sports shoes and release NFTs for the metaverse world.

Then, in April of this year, Nike released its first digital sneaker collection called Cryptokicks. The collection includes 20,000 NFTs, including one designed by artist Takashi Murakami. This NFT was purchased for a whopping $134,000.

According to the latest numbers, Nike generated $185 million in revenue through the sale of its NFTs with a total of 67.2k transactions. That helped the company quickly lead other brands in sales from NFT.

Besides Nike, many traditional companies and other high-end brands have also joined the NFT “race”. However, compared to this famous sports shoe company, those platforms are “thousands of miles away”. Typically, Dolce & Gabbana ranks low on the list with revenue earned at only $ 25.6 million from the sale of NFT. Or like Gucci with sales of 11.5 million USD to date.

In addition, Nike’s direct competitor Adidas ranked fifth with earnings of 10.9 million USD. However, in reality, transactions related to Adidas NFT only hold at 1.4 thousand. Meanwhile other brands such as Lacoste and Budweiser have featured in the top 10.

In April, Nike sold a large number of NFTs, reaching 12.7 thousand transactions. Before that, the platform paid the most transactions last December (about 11.3 thousand). This has fueled Nike’s growing NFT sales.

While the number of transactions remains high, it is worth noting that the trading volume has seen signs of decline over the past few months. If in April, Nike’s NFT revenue was 293 million USD, in July, this figure was only 14.4 million USD. Meanwhile, royalties accounted for only $1.03 million in July compared with $24.5 million in April.