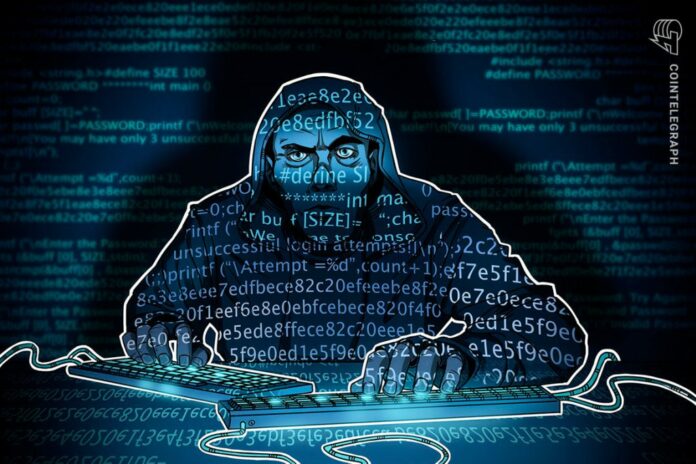 On August 5, Nomad announced that they offer a bonus of up to 10% to the hacker if he will return the money stolen from the Nomad bridge.

After 3 days of the hack, Nomad announced a 10% bounty for the hacker to return the money stolen from the Nomad bridge. In the announcement on the official website and Twitter page, the company publicly provided the wallet address for the hacker to send money to. 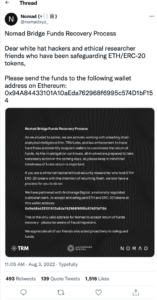 The bonus can be applied to anyone who transitions from now on or has already refunded. By the afternoon of August 5, Nomad had recovered more than 20 million USD.

“Our most important thing is the community and our number one goal is to recover lost money.” Pranay Mohan – Co-founder and CEO of Nomad said.

Accordingly, Nomad will consider any hacker who returns at least 90% of the total amount hacked as a white hat hacker and will not pursue criminal responsibility.

However, the platform will continue to work with partners, intelligence companies and law enforcement to eliminate all possible harmful actors to the fullest extent permitted by law.

Nomad said it is working with TRM Labs and law enforcement to continue tracking the hacker and recover the stolen funds.

According to DeFi decentralized financial tracking platform Llama, by the afternoon of August 5, Nomand’s TVL had increased to $92,619.

As reported by MarginATM (here), in early August, the Nomad bridge experienced a security exploit. More than $190 million was systematically stolen by hackers through a long series of transactions.

According to decentralized financial tracking platform DeFi Llama, almost all of the $190 million in crypto has been wiped off the bridge. By 8 am on August 2, the remaining amount was only 1,794 USD.

Nomad then made an important note about what led to the August 3 hack. Accordingly, the platform said that the mining took place due to a smart contract vulnerability that caused hundreds of users other than hackers to participate in stealing assets.