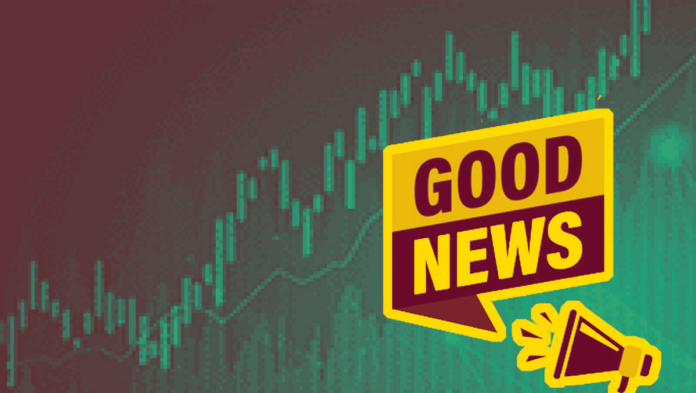 Last week there was quite a lot of positive news that helped the crypto market recover strongly. CPI below expectations, ETH testnet was last successful on Goerli, deploying The Merge earlier than expected; BlackRock partners with Coinbase to provide crypto services,…

One of the most interesting events in the crypto community this past week is probably the result of the consumer price inflation index CPI in July. Accordingly, the results of this index will shed light on whether the increase in interest rates. The Federal Reserve’s positive rate of return is effective in preventing inflation. And whether it could have an impact on the size of future rate hikes.

Most experts predict CPI will be at 8.7%. On the evening of August 10, as MarginATM reported (here), the US announced the consumer price inflation index (CPI) for July was 8.5%, this figure was 0.2% lower than the level reported. forecast.

The crypto and stock markets responded positively to the news. Specifically, at the time of publication, Bitcoin was rapidly increasing and was trading around the $23,900 region. Altcoins are also up 3-10% in turn.

With PoS being applied smoothly on the Goerli testnet, The Merge has met the necessary conditions to be able to deploy the Ethereum mainnet.

During the Ethereum development team meeting, the developers determined the timelines for the launch of The Merge on Ethereum, scheduled for September 15-16.

On the evening of August 11, BlackRock – the leading asset manager in the US announced the launch of a private investment fund directly into Bitcoin. This service is only available to institutional clients in the US and commits to buying actual Bitcoin instead of just holding futures like other types of ETFs.

Previously, on August 4, BlackRock partnered with Coinbase exchange to provide its customers with access to Bitcoin.

About BlackRock, it is an American global investment management corporation headquartered in New York City. As of June 2019, BlackRock is the largest asset manager in the world with assets of $6.840 billion.

On August 8, as reported by MarginATM (here), the US Department of Finance announced the official sanction of Tornado Cash’s website. Accordingly, USDC & ETH wallet addresses connected to Tornado Cash are all added to a special blacklist.

This announcement was made because of the alleged allegation that individuals and groups used “mixers” to launder over $7 billion in cryptocurrencies since 2019. In addition, the US Treasury Department banned all citizens. US access and use Tornado Cash.

In response to the sanctions, many crypto companies have responded:

USDC worth of $75,000 in Tornado Cash related wallets is frozen
All Github accounts that contributed to the Tornado Cash contract have been deleted.
Alchemy and Infura.io blocked RPC call requests to Tornado Cash, preventing users from accessing these applications.
DEX exchanges such as dYdX, Balancer Uniswap all lock wallets related to Tornado Cash.

On the afternoon of August 12, Dutch authorities announced that they had arrested Tornado Cash developer suspected of being involved in concealing and abetting money laundering.

Accordingly, Tornado Cash is simply an open-source contract that is not managed by anyone. However, when they were targeted by State agencies, those involved also suffered heavy losses.