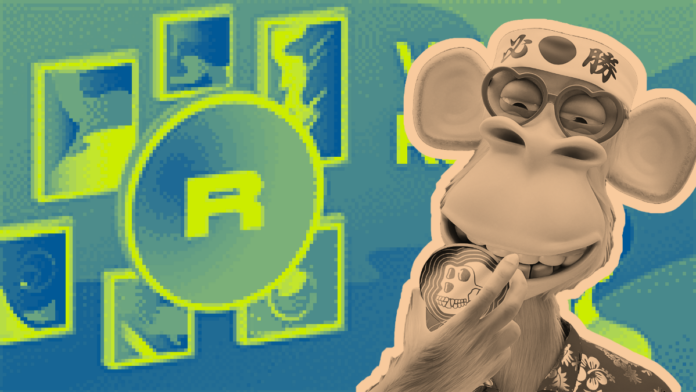 On August 17th, NFT trading platform Rarible released a new proposal to create its own NFT marketplace for the ApeCoin DAO.

Rarible says the marketplace will not charge owners-listed NFTs. The NFT trading platform is powered by the open source Rarible protocol, which will also aggregate listings from other notable markets including OpenSea and LooksRare for added liquidity.

Rarible’s announcement marks the third proposal to create an NFT trading platform that the ApeCoin DAO received recently. Last week, popular NFT exchange Magic Eden made a similar proposal for the institution. Next is the proposal of the startup Snag Solution for ApeCoin DAO.

It is known that the proposed marketplace will focus on NFT collections associated with Yuga Labs’ Bored Ape ecosystem, including the Bored Ape Yacht Club project, Mutant Ape Yacht Club, Bored Ape Kennel Club and others. .

Ahead of this event, Evgeniy Medvedev – head of partnerships at Rarible shared:

“Bored Apes and the entire Yuga ecosystem is a gem for NFT projects on Ethereum. We definitely want to focus on these platforms.”

Besides that, Rarible’s proposal also details many other features including fiat currency payments via MoonPay, dedicated support and the ability to place NFT slots across the entire collection. At the same time, the project also said that they can launch this new marketplace in just 4 weeks if the DAO approves with the free transaction option. Previously, Rarible also launched a marketplace for other NFT projects including V1 Punks and Degenerate Ape Academy.

“We want to reduce the number of scams in this space, and this is one way we can do it. You will no longer depend on centralized markets where there are risks to the ministry. your NFT collection,” emphasized Mr. Medvedev.

Rarible is one of the popular NFT marketplaces, operating on the Ethereum network and gradually expanding to other chains. This platform allows users to create their own NFTs and sell them for money. At the same time, Rarible also trades different types of NFTs with diverse categories such as art, photography, games, metaverses, music, and more.

Rarible’s recent proposal will be implemented through the ApeCoin DAO governance system.