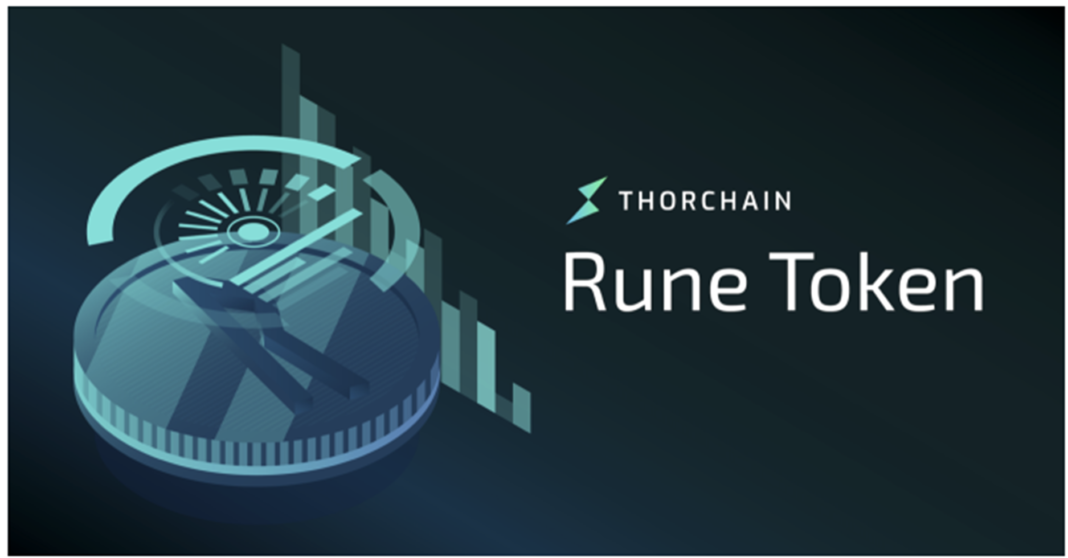 The BEP-2 and ERC-20-based variants are being swapped out for the upgraded native RUNE token after THORChain’s long-awaited mainnet late last month.

Cross-chain exchange and proof-of-bond network THORChain has finally activated the killswitch that will progressively wind down support of the BEP-2 and ERC-20-based variants of the RUNE token.

BNB.RUNE, and ETH.RUNE, also known as IOU Tokens, are being swapped out for the upgraded and completely native RUNE token after THORChain’s long-awaited mainnetlate last month.

Moving forward, these tokens will progressively lose their value over the next 12 months as the project aims to foster adoption of its fully unified variant of RUNE, enabling stronger asset interoperability.

Users who hold their IOU Tokens on centralized changes will have their tokens automatically upgraded to the new native RUNE. Those who keep their tokens in private wallets must create a new wallet supported by THORChain and then click an upgrade button to make the switch.

The THORChain team stated via Twitter on July 18 that killswitch will go live at block 6500000 and that 1:1 exchange rates will “linearly tick down to 1:0 over the next 12 months” as the IOU Tokens become worthless. 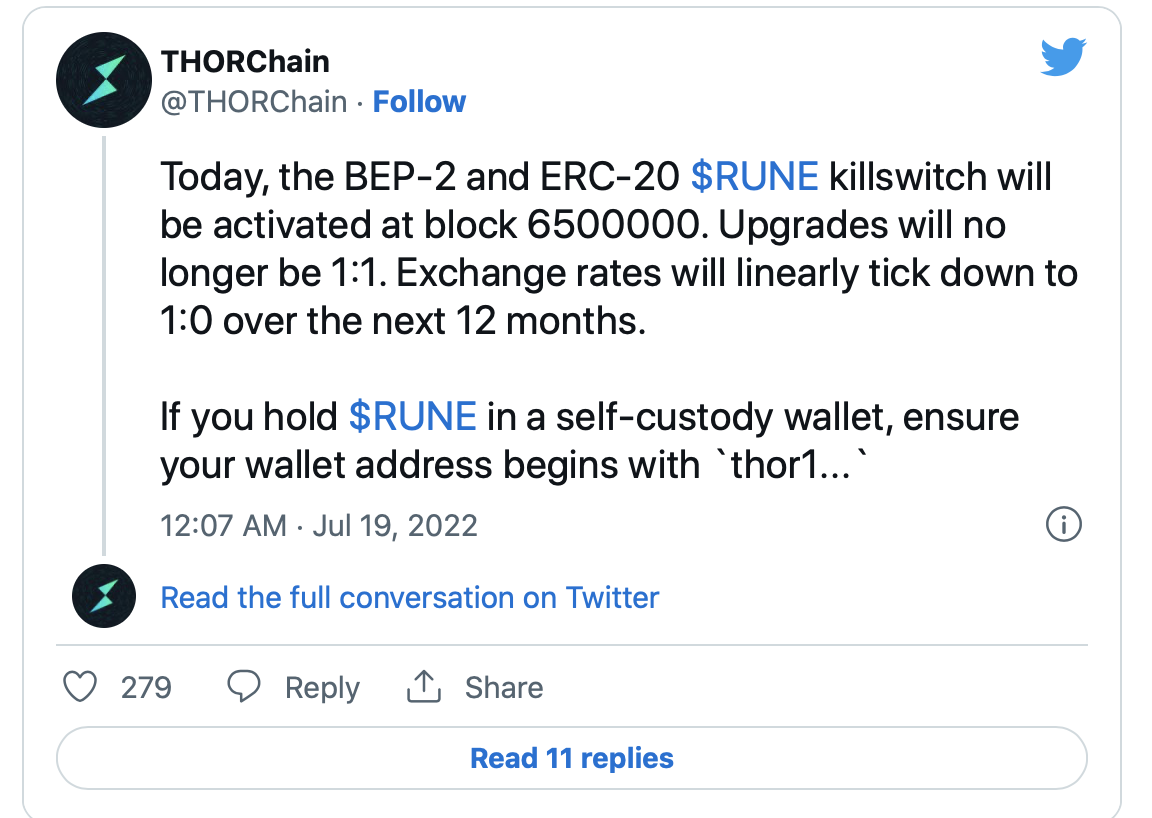 The team previously stated in a blog post earlier this year that this move was part of a push towards further decentralization of its network, as it highlighted issues with having IOU RUNE spread across two separate networks:

“THORChain is extremely strict in having no 3rd party dependencies, preferring to manage everything in-house. There are no oracles, no off-shored security, and no reliance on external liquidity.”

“However, BNB.RUNE and ETH.RUNE has privileged access to the state machine’s “mint” function. Anyone presenting these tokens can mint fresh RUNE, as well as making THORChain’s state dependent on these two networks,” the blog post read.

The move from THORChain has coincided with a significant 18.6% bounce of RUNE prices to $2.61 over the past 24 hours. Measuring over a broader time frame also shows promising signs, with RUNE gaining 65.9% over the past 30 days, according to data from CoinGecko. However RUNE is still down 87.5% since its all-time high of $20.87 from May 19 last year.

Apart from enabling users to swap assets by liquidity pools across various networks such as Binance Smart Chain, Ethereum, Dogecoin, and Bitcoin, THORChain also supports the trading of synthetic assets, which are tokenized derivatives that mimic the value of other assets such as stocks and commodities.