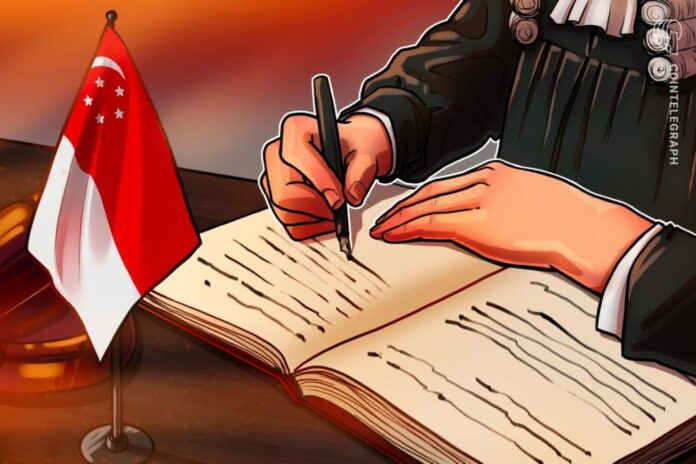 Liquidator Teneo has recovered only a miniscule portion of the Singapore-based Three Arrows Capital so far, while cofounder Zhu has allegedly tried to sell property there.

The Singapore High Court on Monday approved a petition to recognize the liquidation order against Three Arrows Capital (3AC) issued by a court in the British Virgin Islands, Bloomberg reported Wednesday, citing unnamed sources. The Singapore court’s decision, handed down in private, gives the petitioner the legal ability to request access to 3AC financial records kept in Singapore, where 3AC is based.

Teneo, the firm appointed to liquidate the 3AC assets, filed its petition with the court on July 9, saying the crypto hedge fund may have information in its Singapore headquarters about its bank accounts, properties, digital assets and stakes in other companies. Zhu reportedly tried to sell his $35 million “bungalow” in Singapore in June.

Zhu and his partner Kyle Davies allegedly went into hiding after the liquidation order was issued for the company. They later reappeared in an interview with Bloomberg, in which they claimed they were fleeing from death threats.

3AC was ordered into liquidation on June 27 after reportedly missing margin calls. Teneo has gained control of at least $40 million of 3AC assets so far, according to Bloomberg. That sum accounts for only a tiny fraction of the 3AC’s debt to its creditors, which amounts to at least $2.8 billion USD.

The company owes its largest creditor, Genesis Asia Pacific, $2.36 billion. Genesis’ parent company Digital Currency Group later had to assume a portion of the trader’s liability to ensure its continuing operations. Voyager Digital also blamed 3AC’s default on a loan of 15,250 Bitcoin (BTC) and 350 million USD Coin (USDC) for its decision to freeze withdrawals and other activities on July 1.