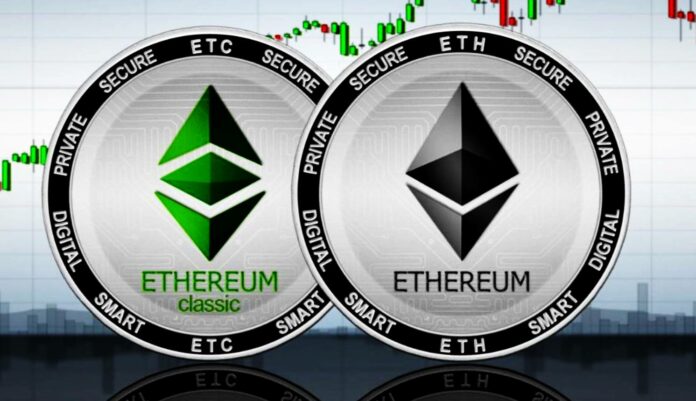 In September, The Merge will take place to help convert Ethereum’s consensus mechanism to proof-of-stake. However, not only Ethereum but Ethereum Classic also benefited quite a lot from this event.

Can Ethereum Hit ATH After The Merge?

Ethereum is one of the biggest gainers in the crypto market these days. The main reason is due to the excitement coming from The Merge event that is supposed to happen in September.

Talking about The Merge, this is the long-awaited event when it comes to the transition of Ethereum’s consensus mechanism from proof-of-work to proof-of-stake. From there, opening a new development path and enhancing scalability on Ethereum. 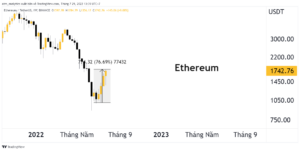 The community has come to believe that this event is the upcoming bullish driver for the second largest coin in the market. Jeremy Gardner, a KOL on Twitter believes that Ethereum will break ATH ( peak) thanks to this event.

“I believe ETH will rise and set ATH thanks to The Merge and fall when the first ETH unlock event occurs,” said Jeremy Gardner.

Although information on when The Merge will happen has been published for a few weeks, Vitalik Buterin, the founder of Ethereum, still believes that the event has not been “price in”. Ethereum will continue to rise before the Merge, dump at the time of the event but Ethereum value will continue to increase after that, Vitalik said during the EthCC conference. 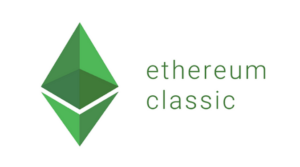 The Truth Behind ETC’s Breakout

The Merge event will replace miners with stakers. The consequence of this is that Ethereum miners will have to “move home” to another blockchain.

It is not surprising that Ethereum Classic is chosen by many miners as a destination. As a chain forked from Ethereum in July 2016, Ethereum Classic has a similar design and high compatibility with Ethereum.

Many experts predict that Ethereum Class will be the first choice of miners when migrating from Ethereum. And this seems to be the reason why ETC is bullish.

In the past 30 days, Ethereum Class has completely defeated its arch-rival, Ethereum. At the time of writing (July 29), the ETC price reached $44.66, an increase of 236% compared to 21 days ago. Meanwhile, Ethereum has gained 76% in the same time period.

Another point is that ETC’s project team is quite fragmented. Unlike Ethereum and Vitalik, Ethereum Classic does not have a leader to inspire and lead the ecosystem. In addition, Dapps on ETC are not yet developed and there are not any major Ethereum projects deployed on this ecosystem.

“Clearly miners don’t have the ability to build an ecosystem,” said Wu Blockchain.

Despite receiving the support of the majority of miners from Ethereum, ETC still has some problems to solve before it can continue to break through.