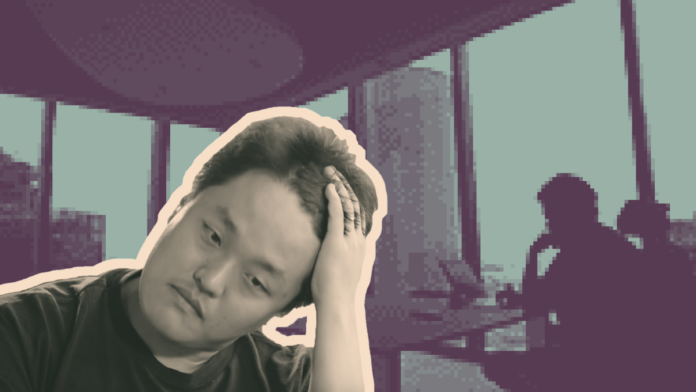 Do Kwon first shared with Coinage what happened during and after Terra’s fall.

The interview was conducted at the office of the founder of Terraform Labs in Singapore. Here are some of his thoughts on the biggest crash in crypto history.

What did Kwon do when UST lost the peg
The night of June 7 is the time when the UST event lost its peg for the first time, starting at the pool on Curve Finance. At that time, Do Kwon said he was in Singapore.

“I just woke up and noticed that the Curve pool was out of balance because someone made a big transaction. Twitter is flooded with predictions about UST. And my first act was…. I talked to a few people on Twitter and went back to the Telegram message and … then didn’t do much at that point,” Do Kwon said.

Although, Do Kwon reassured the public a lot on Twitter and said that this depeg is normal and this phenomenon will be fixed soon.

Behind the scenes, however, the situation is much more complicated. He said that at the time of the attack, the project management team was on a plane to Singapore for the quarterly conference at Terraform headquarters.

Do Kwon believes there are too many coincidences here. The timing of the transfers and the movements of the advisory team is confidential. According to Do, there must have been internal information leaks.

“The only person who knows is an employee from Terraform Labs and if you ask me if this is an internal ‘spy’, then probably yes,” Do Kwon said.

During this time, Do Kwon admitted to not sleeping for 8 days in a row and eating only 1 burito (bread-like) during that time.

Is UST a scam or fail model?

When asked about the definition of fraud, Do Kwon paused for a long time and said that fraud is when you know it’s not true but you still argue that it is true for self-seeking purposes. .

Do Kwon repeatedly said that “I was wrong” and firmly believed that this was not a scam. It would be a “stupid” Ponzi scheme to lose his reputation, his time and his daughter’s name, the Terra founder said.

When talking about Anchor, the staking project on Terra, many employees objected to keeping the project’s interest rate at 20%, arguing that this would be unsustainable. “Actually, a lot of people wanted it (the interest rate) to be several thousand percent,” said Do Kwon.

Founder Luna also talked about his current situation while in Singapore while most of the staff at Terraform Labs were unable to leave Korea. But he couldn’t consider returning because the investigators had never contacted Do Kwon and charged him with anything.