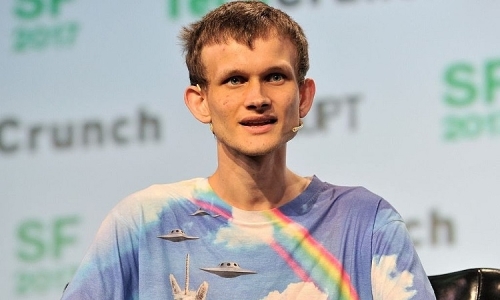 On August 1, Vitalik Buterin, the founder of Ethereum, said that it is difficult for technology giants like Facebook to successfully build Metaverse 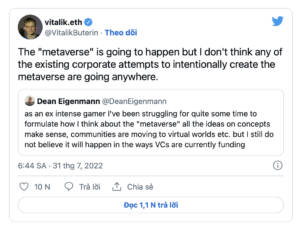 “Metaverse will become a reality, but I think the efforts of large corporations to build the metaverse will not work,” said Vitalik.

This is Vitalik’s answer to gamer Dean Eigenmann. Similarly, this gamer thinks the community will move to the virtual world. However, the metaverse won’t play out the way VCs currently do, Dean said.

“I’d rather play World of Warcraft than most of the metaverse right now,” Dean said.

Although, AR (augmented reality) and VR (virtual reality) technologies have developed on blockchain. However, the concept of the metaverse is still very vague.

“We still don’t know the definition of the metaverse, right now it’s too early to know what people really want,” added Vitalik.

Vitalik has publicly mentioned Meta as an example of the company’s recent efforts to build the foundations of the metaverse. 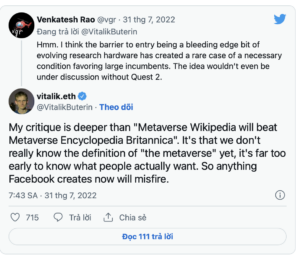 The majority of current opinion holds that the metaverse is supposed to be a network of 3D virtual worlds where people can interact, do business, and create social relationships using avatars or virtual versions of themselves.

At the end of 2021, Facebook changed its name to Meta as a statement to set foot on the path of metaverse development. Mark Zuckerberg, CEO of Meta, sees the metaverse as a huge opportunity and that building this digital platform will “bring in hundreds or even trillions of dollars.”

However, on Thursday (July 28), Reality Labs, the company in charge of Meta’s Metaverse division, announced a second quarter loss of $2.81 billion. Since the beginning of the year, this figure has reached 5.78 billion USD.