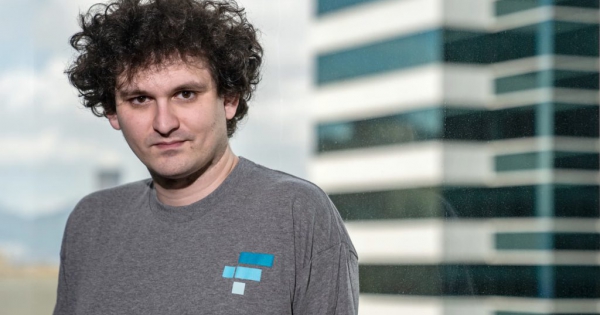 Voyager’s financial documents reveal that Voyager lent nearly $1.6 billion in crypto to a company registered in the British Virgin Islands. Notably, this is also the registered place of Alameda Research – a private fund associated with Sam Bankman-Fried.

Voyager Digital, a crypto lender that has filed for bankruptcy, is working to complete legal proceedings with the courts. Court proceedings and financial documents reveal a deep relationship between Voyager and Alameda Research.

According to bankruptcy filings filed with the court, in mid-June, Alameda Research extended a credit line of $500 million to Voyager Digital. However, it is a shocking fact that the fund itself owes Voyager Digital $377 million. Alameda has gone from borrower to lender.

Legal documents and financial papers indicate the relationship between the two companies could begin in September 2021. Accordingly, Alameda is said to have borrowed Voyager more than $ 370 million. Voyager’s financial books show that the foundation lent $1.6 billion to the British Virgin Islands-based organization. This is also where Alameda registered.

On August 5, Voyager said that customers with US dollars in their accounts can withdraw up to 100,000 USD in a 24-hour period starting August 11. Accordingly, the amount received will take about 5-10 working days. 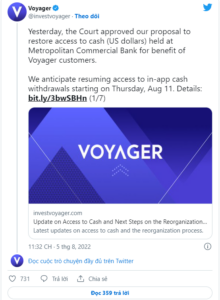 Earlier, in July, Alameda proposed to acquire Voyager, covering the company’s outstanding debts (minus the amount related to 3AC). Alameda will then liquidate and distribute the assets through the FTX US exchange.

However, this proposal was rejected by Voyager because it did not help “maximize value” for customers. The company also noted that it received a better buyback offer and confirmed AlamedaFTX had no “door” compared to other investors.