Search
HomeBlockchainCrypto.com Accepts Apple Pay in the US 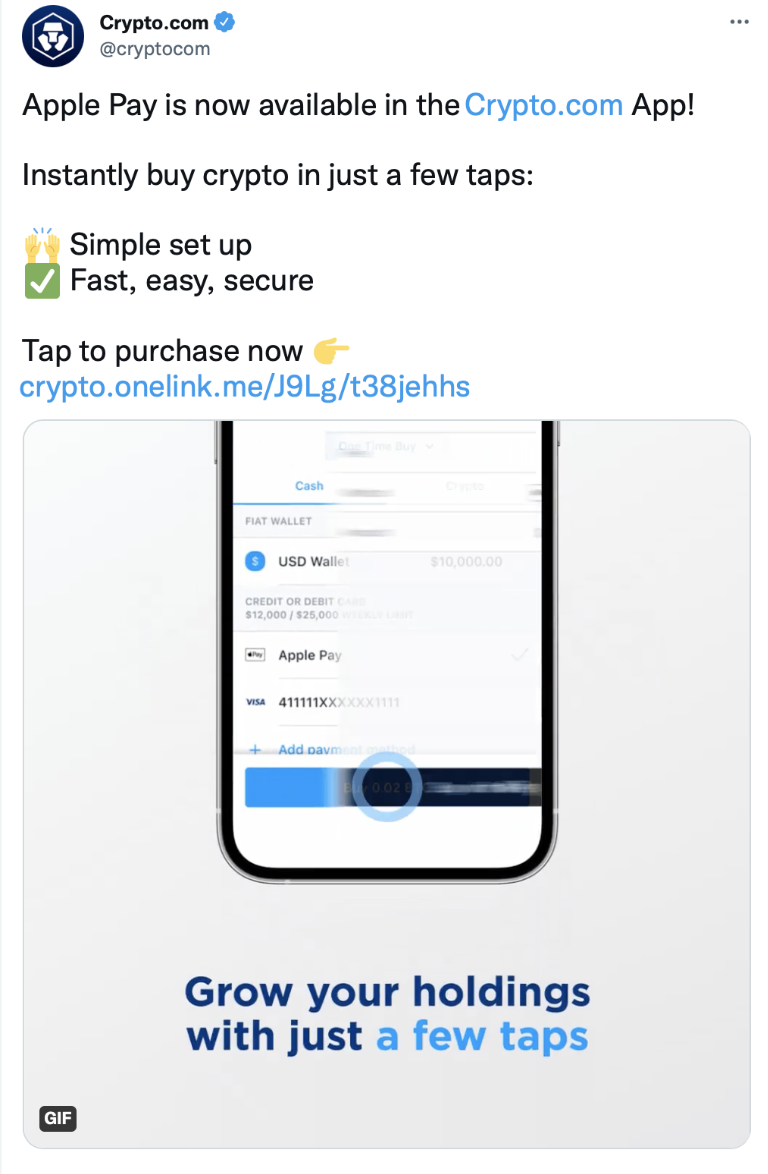 Crypto.com Accepts Apple Pay in the US

The leading cryptocurrency exchange and payment company, Crypto.com has made a significant change to its current form of payment as it has now incorporated Apple Pay as its accepted payment method take.

Accepting Apple Pay, a popular mobile payment solution built into all Apple iPhones, will now be available to users in the United States, according to the statement.

The statement notes that this becomes inevitable as the feature will be rolled out gradually and other countries will have similar access in the nearest future.

Other details regarding the feature say that in order for users in the US to be able to access it, they first need to add their debit or credit card to Apple Wallet on their iPhone.

Not long ago, Apple announced plans to launch Tap to Pay for iPhone, a new feature that can turn smartphones into POS devices for businesses and merchants.

The announcement explains that, with the Tap to Pay feature, merchants who own an iPhone will be able to conduct contactless payments using their mobile device as a POS machine thanks to NFC technology.

According to Apple, the Tap to Pay feature will expand support for “Apple Pay, credit cards, contactless debit cards, and other digital wallets.” What that essentially means is that, unless Apple puts a direct barrier, customers who are using Coinbase Card, Crypto.com Visa Card, or similar payment cards will be able to use the money account. their electronic device to make payments via Tap to Pay. 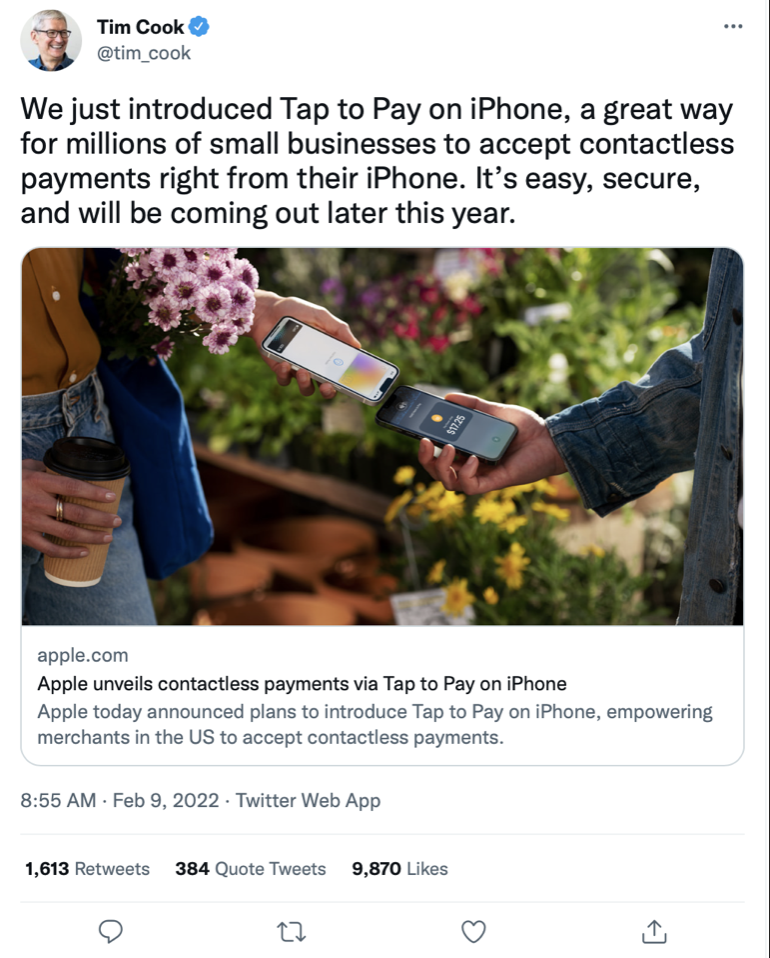 So now you can see, Apple is trying to reach out to the Crypto world more and vice versa, the big exchanges want to expand their payment network with traditional famous companies. Besides, large companies, multinational corporations also realize the potential of payment in Bitcoin, so they jumped into this race. Gradually, Bitcoin in general and the cryptocurrency market in particular have affirmed their value in modern society.