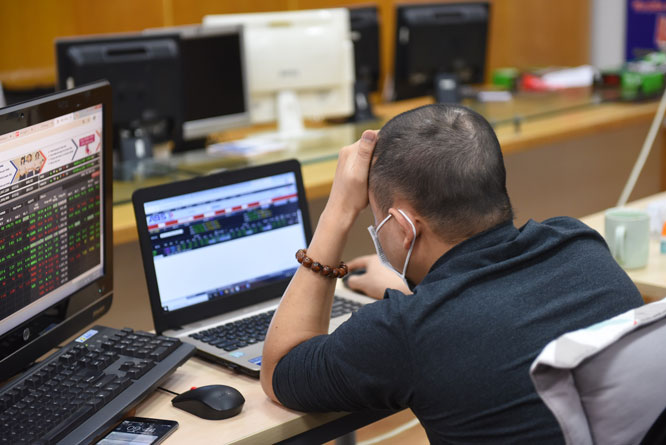 Saxo Spotlight: What’s on investors and traders radars this week?

With a tug of war between inflation and recession concerns ensuing, central bank speakers (such as Fed Chair Powell’s testimony) and economic data (such as flash PMIs) will continue to be parsed closely in the week ahead. Asia’s trade and inflation data also out this week will press further the need for further tightening in the region. Commodities start to be pressured as well – we have an energy crisis brewing in Australia and US gasoline developments will be key. Focus will shift further away from industrial metals as China lockdowns will likely linger, to safe havens like Gold.

Powell’s testimony to the government

Fed Chair Powell delivers his semi-annual testimony on monetary policy before the US Senate Banking Committee in the week ahead. He will likely be grilled on what a more aggressive Fed could mean for jobs and the economy. This could be key as the debate around a 50 vs 75bps rate hike in July is still open.

US recession fears continue to get tested

A series of Fed surveys are due from the US this week, which will be scrutinized to signal if there are risks of a recession on the horizon. These include the Chicago Fed National Activity index, Kansas City Fed Manufacturing Activity index, as well as the final print of University of Michigan sentiment index. Also on the horizon is the preliminary print of the S&P Markit manufacturing PMI for June which is seen to be slowing down from May’s print of 57, but still remains strongly in expansion. Services PMI is however likely to gain some strength. Meanwhile, US home sales are tipped to show further strain on Wednesday with existing home sales data out for May. Gold (XAUUSD) is likely to see more strength if data disappoints, suggesting that stagflation fears are on the rise.

The US dollar top looks to be in place as other major central banks follow the Fed with strong tightening signals. The Swiss National Bank announced a surprise 50bps rate hike on Thursday, along with Bank of England’s hawkish 25bps rate hike which has opened the door for a 50bps rate hike in August. Adding to the dollar’s weakness were reports that ECB President Christine Lagarde told finance ministers that the Bank’s new anti-crisis tool will launch if borrowing costs for weaker nations climbs too fast. While it is still hard to imagine a sustained case for any central bank to out-hawk the Fed, there may be signals that the dollar rally is peaking if yields start to top out.

Pivot from industrial metals to gold to continue

With global growth already starting to fatigue and now China is not likely to come out of lockdown this year; the biggest risk is the world enters a recession, before inflation is brought under control, and thus stagflation occurs. So we expect gold to shine as it historically does in such events. We anticipate further interest in gold equites this week with recession calls getting louder. Across Saxo globally last week we observed an increasing number of clients buying Gold Futures contracts, compared to the average number of trades over the last three months. And across the market on the ASX last week, gold stocks were some of the best performers as investors rotated out of industrial mining stocks and into gold equities, for their safe haven qualities. Our long-term bullish view in gold and silver has strengthened of late. And as our Head of Commodity Strategy says we see potential in gold hitting a fresh record in the second half.

Flash PMIs and Eurozone economic bulletin from the ECB

Flash PMIs for the Euro area will be on watch to signal the extent of slowdown in the economy as shortage of natural gas supplies continues to weigh on business sentiment especially after the latest disruptions to Gazprom’s supplies to Germany. UK’s inflation is also out on Wednesday, and expected to climb higher to 9.2% y/y from April’s 9.0% y/y amid rising food and fuel costs.

The Bank of Japan stuck to its easy monetary policy despite the pressures from global tightening and market participants challenging the Bank’s yield curve control over the last week as the Fed delivered a 75bps rate hike and other central banks jumped on the tightening bandwagon as well. Japan reports nationwide CPI in the week ahead, which is expected to stay above the central bank’s 2% target, but is unlikely to threaten Kuroda to change his mind as wage growth pressures remain subdued. Singapore also reports May CPI which is expected to rise to 5.5% y/y from April’s 5.4%, likely led by food (with Malaysia’s chicken ban an added factor) and transport costs, but also due to the recovering demand as the economy reopens. The Monetary Authority of Singapore is likely to tighten policy further at its next meeting in October. Malaysia also reports May CPI this week which will also show upside pressures amid supply-driven factors but also showing a reviving consumer demand.

Korea export data for the first 20 days of June

The data may offer investors a glimpse of the status of the industrial activities in the region given Korea being a key supplier of industrial intermediate goods. Fewer workdays (13 days) than the same period last year (15.5 days) will bias the data negatively and make the anticipated year-on-year decline difficult to interpret.